LONDON • Carmaker Nissan has scrapped plans to build its new X-Trail SUV in Britain, saying it had taken the decision to consolidate production in Japan and warning two months before Brexit that uncertainty was making it harder to plan for the future.

Nissan said four months after Britain voted to leave the European Union in June 2016 that it would manufacture the new X-Trail in Britain, which was seen as a major vote of confidence in the country and then new Prime Minister Theresa May.

A source told Reuters that Nissan received a letter from the government at the time, promising extra support in the event that Britain's departure from the European Union hit the competitiveness of its Sunderland plant.

But yesterday, Nissan, which operates Britain's single-biggest car factory where it builds roughly 30 per cent of the country's 1.52 million cars, said in a statement it was reversing that decision.

"The company has decided to optimise its investments in Europe by consolidating X-Trail production in Kyushu, the production hub for this global model," it said.

"While we have taken this decision for business reasons, the continued uncertainty around the UK's future relationship with the EU is not helping companies like ours to plan for the future," said Europe chairman Gianluca de Ficchy.

The company said planned investment in the next-generation Juke and Qashqai, also announced in 2016, was unaffected.

British MPs said they were "deeply troubled" by the reports on Nissan's decision. Local Labour MP Bridget Phillipson tweeted that the reports "represent deeply troubling news for the north-east economy - So many jobs and livelihoods depend on Nissan's success". Her colleague Julie Elliott, also from Labour, said Brexit had played an "inevitable role" in the decision.

Last year, Nissan cut hundreds of jobs at the Sunderland factory in response to declining demand for diesel models. Production at the site fell 11 per cent last year.

Broadcaster Sky News, reporting on the Nissan decision on X-Trail on Saturday, said the announcement would raise doubts about further Nissan investment in Britain.

British MPs said they were "deeply troubled" by the reports.

Local Labour MP Bridget Phillipson tweeted that the reports "represent deeply troubling news for the north-east economy - So many jobs and livelihoods depend on Nissan's success".

Her colleague Julie Elliott, also from Labour, said Brexit had played an "inevitable role" in the decision.

The failure of Britain's government so far to negotiate a smooth exit plan from the EU has made car manufacturers less willing to use Britain as a European manufacturing centre. Investment in Britain's car industry halved last year, data showed last Thursday.

The Society of Motor Manufacturers and Traders said leaving the EU on March 29 without a transition deal to preserve the smooth flow of parts and finished vehicles across EU borders would cause "permanent devastation" to the British car industry. 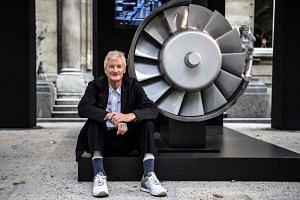 US banks shifting some London staff ahead of Brexit deadline

Other multinational giants including Airbus warned last week that British jobs could suffer in the event of an unfavourable Brexit outcome.

Meanwhile, Mrs May said she would seek a "pragmatic" Brexit deal that can win over both the EU and her own lawmakers when she returns to Brussels for talks soon.

Writing in the Sunday Telegraph, she suggested that Labour leader Jeremy Corbyn had agreed with her that the Irish border backstop, as set out in the Withdrawal Agreement, had to change.

"It's why when I return to Brussels, I will be battling for Britain and Northern Ireland, I will be armed with a fresh mandate, new ideas and a renewed determination to agree (to) a pragmatic solution that delivers the Brexit the British people voted for, while ensuring there is no hard border between Northern Ireland and the Republic of Ireland,"she added.

In last Tuesday's House of Commons vote, a narrow majority of lawmakers backed Mrs May's plan to renegotiate the so-called "backstop" - the part of the withdrawal agreement that guarantees an open Irish border after Brexit.

A version of this article appeared in the print edition of The Straits Times on February 04, 2019, with the headline 'Nissan cancels plans to make next SUV in UK amid Brexit tumult'. Subscribe
Topics:
More
Whatsapp Linkedin FB Messenger Telegram Reddit WeChat Pinterest Print Copy permalink