Dr Merkel, whose fourth term was plunged into doubt a week ago when three-way coalition talks with the pro-business Free Democrats (FDP) and Greens collapsed, was handed a political lifeline by the SPD on Friday.

Under intense pressure to preserve stability and avoid new elections, the SPD reversed its position and agreed to talk to Dr Merkel, raising the prospect of a new grand coalition, which has ruled for the past four years, or a minority government.

"We have the firm intention of having an effective government," Mr Daniel Guenther, conservative premier of the state of Schleswig Holstein, told reporters after a four-hour meeting of leading members of Dr Merkel's Christian Democrats (CDU).

"We firmly believe that this is not a minority government, but that it is an alliance with a parliamentary majority. That is a grand coalition," he said.

The meeting came after the conservative state premier of Bavaria threw his weight behind a new right-left tie-up.

"An alliance of the conservatives and SPD is the best option for Germany - better anyway than a coalition with the Free Democrats and Greens, new elections or a minority government," Mr Horst Seehofer, head of the Bavarian CSU, told Bild am Sonntag.

An Emnid poll also showed on Sunday that 52 per cent of Germans backed a grand coalition.

Several European leaders have emphasised the importance of getting a stable German government in place quickly so the bloc can discuss its future, including proposals by French President Emmanuel Macron on euro zone reforms and Brexit.

Dr Merkel, who made clear on Saturday she would pursue a grand coalition, says that an acting government under her leadership can do business until a new coalition is formed.

The youth wing of Dr Merkel's conservatives raised pressure on the parties to get a deal done by Christmas, saying if there was no deal, the conservatives should opt for a minority government.

In an indication, however, that the process will take time, the CDU agreed on Sunday evening to delay a conference in mid-December that had been due to vote on the three-way coalition.

The SPD premier of the state of Lower Saxony said he feared there was no way a decision would be reached this year. "It is a long path for the SPD," said Mr Stephan Weil on ARD television.

Even before any talks get under way, the two blocs have started to spar over policy priorities.

Dr Merkel, whose conservatives won most parliamentary seats in a Sept 24 vote but bled support to the far right, has said she wants to maintain sound finances in Germany, cut some taxes and invest in digital infrastructure.

She has to keep Bavaria's CSU on board by sticking to a tougher migrant policy that may also help win back conservatives who switched to the far-right Alternative for Germany (AfD). 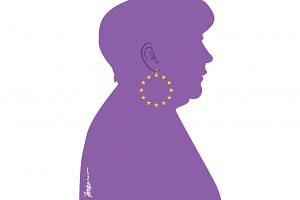 The SPD needs a platform for its policies after its poorest election showing since 1933. Leading SPD figures have outlined conditions including investment in education and homes, changes in health insurance and no cap on asylum seekers.

Most experts believe the SPD has the stronger hand and several prominent economists said they expected the SPD to wield significant influence in a new grand coalition.

"If there is a grand coalition or even if there is toleration (of a minority government), I would expect more emphasis on the SPD's programme," Dr Clemens Fuest, president of the Ifo institute, told business newspaper Handelsblatt.

That would mean higher state spending and smaller tax cuts than would have been agreed with other potential partners.

The SPD is divided, with some members arguing that a grand coalition has had its day.

The SPD premier of the state of Rhineland Palatinate, Ms Malu Dreyer, said she preferred the idea of the SPD "tolerating" a minority government over a grand coalition, making clear that the party would not agree to a deal at any price.