PARIS • France has confirmed that Abdelhamid Abaaoud, the suspected mastermind of last week's deadly Paris attacks, was killed during a major police raid on Wednesday.

The 28-year-old Belgian of Moroccan origin, who had boasted of mounting attacks in Europe for the Islamic State in Iraq and Syria (ISIS), was implicated in four of six foiled attacks in France this year, Interior Minister Bernard Cazeneuve said yesterday.

"It was his body we discovered in the building, riddled with bullets," a Paris prosecutor said. 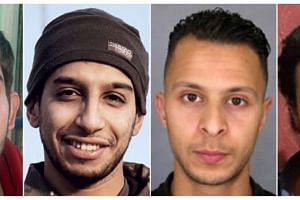 Paris attacks: What we know about the attackers so far 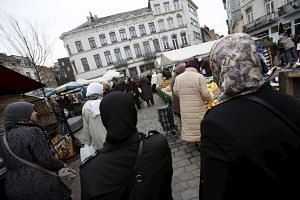 The prosecutor later added that it was unclear if Abaaoud, who was identified by his fingerprints, had detonated a suicide belt.

Prime Minister Manuel Valls broke the news in Parliament to applause from lawmakers who voted yesterday to extend the country's state of emergency for another three months.

"We know today... that the mastermind of the attacks - or one of them, let's remain cautious - was among those dead," he told reporters.

Earlier in Parliament, Mr Valls also warned of the danger of an attack in France using chemical or biological weapons. Confirmation that Abaaoud was in Paris will focus more attention on European security service personnel, who had thought he was still in Syria. The militant had often bragged about evading police dragnets in Europe.

Mr Cazeneuve said France received no information from other European countries to signal that Abaaoud had entered Europe until days after the attacks that killed more than 120 people.

Early on Wednesday morning, investigations led police to the house where Abaaoud was holed up in the Paris suburb of Saint-Denis.

Officials had said two people were killed, including a female suicide bomber who blew herself up.

Sources said that the Saint-Denis cell had been planning a fresh attack on the La Defense business district in Paris. A source said the female bomber who was killed might have been Abaaoud's cousin.

Investigators believe the attacks - the deadliest in France since World War II - were set in motion in Syria, with Islamist cells in neighbouring Belgium organising the mayhem.

ISIS has claimed responsibility, saying the attacks were in retaliation for French air raids against its positions over the past year.

Airport and business area likely targeted: TOP OF THE NEWS

What to do in a terror attack: Advice from experts: TOP OF THE NEWS

French PM warns of risk of chemical attack: TOP OF THE NEWS

Attackers 'planned to set off explosives at football match': TOP OF THE NEWS

Suicide bombers in KL and Sabah: Leaked police memo: TOP OF THE NEWS

The can that brought down a plane: TOP OF THE NEWS

Europe on edge over fear of more attacks: TOP OF THE NEWS

'Fewer than 25% of foreign fighters' on Interpol radar: TOP OF THE NEWS

In Brief: Shoppers stay away from Paris stores: TOP OF THE NEWS

ISIS is terrifying, but it has little economic impact: OPINION

We are at war: OPINION

'Extremism' in Belgium needs to be viewed in perspective: FORUM