PARIS - With expectations high that a global agreement on fighting climate change will be sealed within days in Paris, investors, donors and lawyers are already working on what comes next: stitching together financial deals to help poorer nations meet their climate plans.

In the run up to the two-week Paris talks, nearly 190 nations submitted a variety of national climate action plans, which are the foundation of a Paris agreement.

Some plans are unconditional, with hard targets to cut emissions and pledges to boost green energy capacity; some are conditional on external financing; some are more aspirational.

The plans, called Intended Nationally Determined Contributions (INDCs), also set different timelines, with targets or goals to be reached by 2025 or 2030.

For investors, they present a potentially lucrative opportunity because the expectation is for countries to get a move on and implement their INDCs as soon as possible. Action on cutting greenhouse gas emissions from industry, transport and agriculture is urgent, scientists say, and the individual INDCs are the roadmap to achieve those cuts. 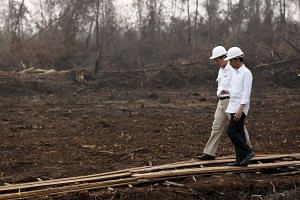 A number of countries focused on cutting energy intensity, that is, the amount of energy used per dollar of Gross Domestic Product. That opens up many opportunities in energy efficiency investments, such as green buildings, more efficient street lighting and improved electrical distribution networks, plus electric vehicles. 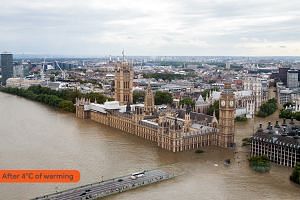 On Wednesday, I met lawyers and climate financing experts who are already talking to potential donor nations.

They didn't want to be named just yet because their initiative is at an early stage. But their work underscores the potential to mobilise funds that will help poorer nations green their economies.

"It is crucial the INDCs are implemented quickly following an agreement - and that countries that do that will get a lot of attention," said a former senior negotiator who is involved in the discussions.

If there was an impression that countries are not implementing their INDCs quickly, that would be a disaster for the UN process and the wider effort to fight climate change, he cautioned.

An announcement earlier in the week in Paris underscored the scale of the financing that is available.

According to the United Nations Environment Programme, an African-led plan to build 10,000 megawatts (MW) of additional renewable energy on the continent by 2020 has gathered more than US$10 billion (S$14 billion) of backing during the Paris meeting.

At a side event during the Paris talks, the European Union, Sweden and the G7 jointly pledged US$10 billion. Germany alone contributed US$3.25 billion and talks host France pledged US$2.2 billion.

Financing on this scale can help poorer nations meet growing energy needs, improve livelihoods while also shifting them away from investing in dirtier energy.