A museum in Central London has faced backlash for promoting an event for "womxn" online.

Instead of the word "woman", the Wellcome Collection decided to use the term "womxn" to sell its four-day Daylighting event, which features writing and art aimed at showing "how womxn can challenge existing archives".

According to British broadcaster BBC, womxn was created to avoid using patriarchal language, and it is supposed to be inclusive of trans women and ethnic minority women.

The museum's website included links to an Urban Dictionary definition, which said that the word shows "womxn are not the extension of men".

An accompanying tweet, which was posted last Saturday (Oct 6), was criticised by hundreds of Twitter users, many of them women.

User Jeannie Juno said: "If you'd really given it any thought you would have rejected using the insulting term 'womxn'. We have fought long and hard for equality in the past and you join with the misogynists to erase us from the future. Shame on you!" 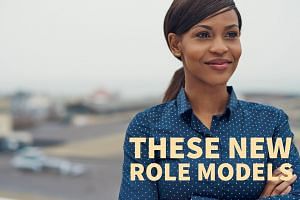 Calls for action after women hit on streets

In response to the backlash, the museum said in another tweet on Tuesday that it chose to use the term "because we feel that it is important to create a space/venue that includes diverse perspectives".

It added that the decision was made in agreement with its collaborators as the programme developed.

"We welcome challenges to our thinking from our collaborators and visitors as this will enable us to think critically about our approach. We're not advocating a specific point of view," it added.

But in a statement on Wednesday, the museum walked back its defence of the word and apologised.

It said that its actions were from a desire to be inclusive in the context of the Daylighting event and it has not used the term elsewhere.

"We should have put more thought into whether this was the right term to use when communicating about the event," the statement said.

"We made a mistake and we should not have used it. We're sorry that we made the wrong call."

The museum also removed the term from its website and other promotional material.

The Daylighting event will take place from Oct 18 to 21.