BERLIN (AFP) - German federal police said on Thursday (March 10) they believed leaked registration files of the Islamic State in Iraq and Syria (ISIS) are very likely to be genuine, after a newspaper reported on documents identifying German militants.

"The Federal Criminal Office has knowledge of this type of document of the so-called Islamic State," said police spokesman Markus Koths, referring to ISIS registration forms reported on by Sueddeutsche Zeitung and two public broadcasters.

"We assume that there is a very high probability that they are genuine documents," Mr Koths said in a short statement. "We are therefore taking them into account as part of our law enforcement and security measures."

Mr Koths declined to give details about how many documents his office has access to or their contents, and stressed that he was not commenting on the authenticity of specific documents obtained by German or other media.

This week, Munich daily Sueddeutsche Zeitung and public broadcasters NDR and WDR also reported that they had obtained dozens of such documents with the details of German ISIS members.

In Britain, broadcaster Sky News reported on Thursday it had obtained a trove of documents on 22,000 ISIS members containing their names, addresses, phone numbers and family contacts.

However, analysts on Thursday cast doubt on the authenticity of the thousands of documents reportedly leaked, pointing out mistakes and uncharacteristic language. 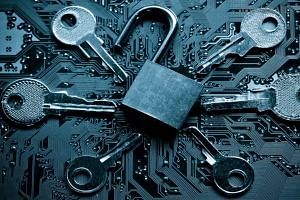 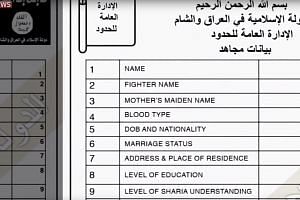 The trove of documents was handed over by a disillusioned former member, the broadcaster said Wednesday.

Syrian opposition news website Zaman al-Wasl said there were thousands of repetitions in the leaked documents and the names of only 1,700 people could be identified in the 22,000 documents.

The files include forms that ISIS recruits reportedly had to fill out in order to join the organisation and contain information on nationals from 51 countries.

There were several inconsistencies in the language of the forms that raised concerns, experts said.

The Arabic name for "The Islamic State in Iraq and Syria" is written in two different ways, including one that is not consistent with past practice.

Files documenting the deaths of ISIS militants use the words "date of killing" instead of the typical militant term "martyrdom".

"There would be big alarm bells for me, because when I've seen inconsistencies like that in the past they've been on really shoddily made forgeries," Mr Charlie Winter, a researcher at Georgia State University, told AFP.

The biggest concerns, Mr Winter said, were the different names, logo, and grammatical mistakes that he described as "very much out of character" for ISIS documents.

"With something as important as this, it's important to look at it with as suspicious, discerning, and cynical an eye as possible," Mr Winter said.

Journalist and militancy expert Wassim Nasr said the inconsistencies call into question the authenticity of at least some of the documents.

Copies of the documents broadcast by Sky News showed that recruits would have to answer 23 questions including on their blood type, mother's maiden name, "level of syariah understanding" and previous experience.

Some of the names in the documents are of fighters who have been already identified, such as Abdel-Majed Abdel Bary, a former rapper from west London who once posted an image of himself on Twitter holding a severed head.

Others named include Junaid Hussain, a cyber-operative for ISIS from the British city of Birmingham, and 21-year-old Reyaad Khan, who appeared in a recruitment video. Both were killed last year.

Ms Dalia Ghanem-Yazbeck, a researcher on militancy at the Carnegie Middle East Centre in Beirut, told AFP the registration forms "appear less sophisticated" than documents leaked in the past.

But she said some of the language mistakes and other red flags could be attributed to ISIS' nascent bureaucracy in 2013, when most of the forms were reportedly filled in.

"These registration forms were collected from fighters at the end of 2013, when ISIS was at an early stage in its state-building capacities," Ms Ghanem-Yazbeck said.

"In that regard, what is interesting is the fact that even then, they had managed to recruit so many fighters - at least 1,736 registration forms," she said.

If real, the leak "is bad for the reputation of 'total allegiance' of ISIS members, and bad for the organisation" because it "shows its incapacity to protect such documents", she said.