THE HAGUE (AFP) - Global powers will seek next week to take a historic step in the fight against chemical weapons by giving the world's toxic arms watchdog new power to identify those behind such attacks.

Widely shunned as taboo since silently culling the battlefields of World War I, recent use of poison gases in the Iraq and Syria conflicts - as well as rare nerve agent attacks in Kuala Lumpur and the sleepy English town of Salisbury - have triggered international alarm.

Despite widespread revulsion at shocking images of children fighting for breath, the international community has so far failed to agree on any punitive action against those believed responsible, amid a bitter standoff between Russia and Western nations at the United Nations.

Now in the wake of the nerve agent attack on former Russian double agent Sergei Skripal and his daughter in Salisbury - the first such attack in decades on European soil - Britain is leading calls to give the Organisation for the Prohibition of Chemical Weapons (OPCW) broader powers.

Backed by 11 allies, London has called a rare special session of the OPCW's policy-making Conference of State Parties in The Hague at which it will seek to give the body a mandate to say who is to blame for any chemical weapons attacks.

A draft British proposal will go to the meeting, which opens Tuesday, proposing the OPCW "begins attributing responsibility for chemical weapons attacks in Syria," British Foreign Secretary Boris Johnson said in a tweet.

"With proven technical expertise on chemical weapons the OPCW is the right body to study who is behind an attack," he added.

Some 96 per cent of the world's declared toxic arms stockpile has been eliminated by the Nobel Peace Prize-winning organisation, with the rest still held by the US due to be destroyed by 2023. 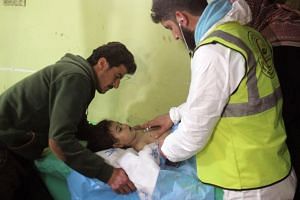 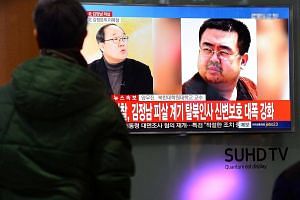 But new evolving scenarios, including the use of mustard gas by the jihadist so-called Islamic State group, are triggering fears.

"This is not the chemical weapons problem we faced during the Cold War for example," French diplomat Nicolas Roche told Washington think-tank the Centre for Strategic and International Studies (CSIS) this week.

"This is really about almost daily use of those weapons on a theatre of operations for tactical and military gain."

Amid sharp political differences over the war in Syria and divisions between Russia and the West, the talks in the Hague could see a tense showdown.

The first day is open to the media, before delegates from possibly all 193 OPCW member nations will huddle behind closed doors to vote on the British-led draft, which will need a two-thirds majority of those voting to pass.

What was initially planned as a two-day meeting may now stretch into a third day on Thursday, the OPCW said on its website.

"We are at a crossroads," the body's director general Ahmet Uzumcu told the CSIS seminar.

The recent chemical weapons attacks are a "rude awakening", he said, adding that the current situation was not "sustainable" as the current lack of an attribution mechanism was a "major gap, and prevents necessary remedy action".

But Russia, the main ally of Syrian President Bashar al-Assad and which London has accused of the Skripal poisoning, has already denounced the talks.

"The initiators are doing little to conceal the fact that they plan to use it for fanning anti-Syria and anti-Russia hysteria," the Russian embassy in The Hague said in a tweet.

Moscow wielded its power of veto at the UN Security Council to effectively kill off a previous joint UN-OPCW panel aimed at identifying those behind attacks in Syria.

Before its mandate expired in December, the panel known as the JIM (Joint Investigative Mechanism) had determined that the Syrian regime had used chlorine or sarin gas at least four times against its own civilians. The Islamic State group used mustard gas in 2015.

The OPCW is also due to unveil soon the results of its probe into the April 7 alleged sarin and chlorine attack on the then rebel-held Syrian town of Douma.

Moscow has insisted the viral images of the alleged attack were merely staged by the Syrian volunteer group the White Helmets.

But labs designated by the OPCW are analysing samples, such as blood and soil, brought back from Douma after a difficult inspectors' mission.

"If the conference of state parties next week can adopt a decision to give a mandate to the secretariat to develop some arrangements for attribution work, this work can be done by the OPCW in technical terms," Uzumcu said.

And he warned against inaction, saying "a culture of impunity cannot be allowed to develop around the use of chemical weapons".