Indonesian President Joko Widodo joined more than 150 world leaders at the opening of the much anticipated United Nations climate talks in Paris on Monday (Nov 30). With 250 million people and a rapidly growing economy, what Indonesia does on curbing emissions matters a great deal to the world.

The country has huge energy needs, it is a major coal producer and has the third-largest extent of tropical forests in the world. Large areas of those forests and carbon-rich peatlands went up in smoke in recent months, in a clear testament to Indonesia's weak enforcement of land use rules. Many fires were started by people wanting to clear land to plant oil palm crops.

The fires - which produced huge amounts of carbon emissions - made Indonesia the third largest greenhouse gas polluter for this year.

So you would hope Mr Joko would feel compelled to make a strong announcement in Paris on a deeper commitment to protecting one of the planet's most important tools in fighting climate change - Indonesia's rainforests - which normally soak up huge amounts of carbon dioxide, the main greenhouse gas.

"As a country with one of the largest forest areas acting as the lung of the world, Indonesia is here today as part of the solution. My government is developing Indonesia in a way that is giving due attention to the environment," he told the conference. 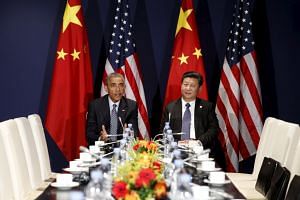 He spoke of the recent fires and said the government had strict law enforcement measures. He also pointed to prevention efforts and mentioned the recent establishment of a peat restoration agency and existing climate commitments.

But he didn't announce that he had signed a much awaited presidential instruction on peatlands and fires that would be binding on all citizens and companies. That instruction would be the strongest sign of his government's strong intent to tackle the causes of the fires, as demanded by Indonesians and their neighbouring countries. 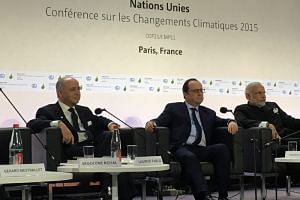 Non-governmental organisations had expected Mr Joko to sign the regulation in the run-up to Paris. In the best outcome, the instruction would ban all new peatland development, on either new concessions or existing concessions. It will also decree no new planting on burned areas - all burned areas must be reforested. All canals must also be blocked - there are about two million kilometres of canals in Indonesian peatlands. 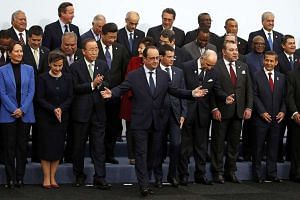 Companies with large areas of peatlands in their concessions would be affected by the regulation and are no doubt applying pressure on the government.

Mr Joko may yet issue the instruction in coming days but he missed a chance in Paris to really put Indonesia and its climate change efforts on the world map.