PARIS • As Huawei's battles in the United States snare its founder's daughter, a new front is opening up across the pond - in France.

After the US, Japan, Australia and New Zealand banned the Chinese company's network infrastructure products and Germany intensified scrutiny, France is now tipping into unfriendly territory for Huawei.

The country will not ban the company. Instead, France, which has safeguards in place for critical parts of its telecoms networks, is considering adding items to its "high-alert" list that tacitly targets Huawei.

As French phone companies start seeking suppliers to build 5G networks, parts of France's telecoms infrastructure is being made inaccessible to Huawei through legal and regulatory revisions - many classified.

France's largest telecoms operator, Orange, will not use Huawei equipment in its 5G network in the country because of "a call to prudence by French authorities", chief executive Stephane Richard said on Thursday in a radio interview.

Two other French operators, Bouygues Telecom and Altice's SFR, said they would look to directives from France's National Agency for the Security of Information Systems, or Anssi, on 5G suppliers. Anssi is demanding full access to potential suppliers' technology: motherboards, original mapping of the item, encryption keys and the lines of code - in short, their industrial secrets. Such demands are only going to increase, four of the people said. 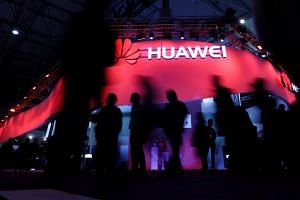 New Zealand says Huawei ban not because it's Chinese

Unlike Nokia, Cisco Systems and Ericsson, Huawei has not submitted its equipment for vetting to become certified for critical components. That de facto disqualifies it.

The loss of market access in the euro zone's second-largest economy would be yet another blow for Huawei after a string of bans and troubles, the most recent being the arrest of its chief financial officer, who is billionaire founder Ren Zhengfei's 46-year-old daughter.

Ms Meng Wanzhou, accused by the US of guiding global efforts to mask violations of sanctions on sales to Iran, languished in a Canadian jail for over 10 days this month before gaining bail.

Although Huawei, which sells smartphones, network equipment and software for virtual networks in the French market, does not break its revenue down by country, it calls France one of its "most important markets". Europe, Middle East and Africa last year brought in 27 per cent of total sales, compared with 6.5 per cent in the Americas.

The French government did not respond to calls for comment on its 5G infrastructure strategy.

"If some parts are to be classified as critical, do we absolutely need to be in those segments?" he asked. "The answer is no."