LONDON (Thomson Reuters Foundation) - Charities may be covering up cases of sexual abuse and exploitation over fears that a public backlash could hit donations, aid experts said on Monday (Feb 12) in the wake of a sex scandal involving Oxfam, one of Britain's biggest charities.

Oxfam was under threat of losing its British government funding after a newspaper report said its staff paid for sex while in Haiti to help those affected by a 2010 earthquake.

Aid minister Penny Mordaunt said the government would cut funding to any charity that did not comply with a new review into their work overseas, which will focus on their duty to protect staff and the people they work with from harm and abuse.

Yet such threats could have an adverse impact if charities decide to cover up sex abuse cases for fear of losing support from the public, donors and governments, industry experts said.

"This is not the excuse to cut aid, this is the excuse to fix aid," added MacLeod, a former United Nations humanitarian official and visiting professor at King's College London.

The charity sector has been rocked by reports of widespread sexual abuse after allegations against Hollywood producer Harvey Weinstein last year sparked the #MeToo campaign, with countless people sharing their stories of abuse on social media. 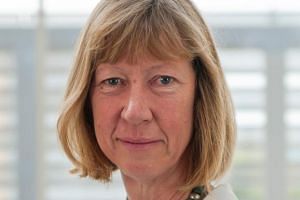 Oxfam and another big aid group, Save the Children, revealed they had sacked a combined 38 staff over sexual misconduct in the previous year, while several United Nations agencies have vowed to boost efforts to tackle harassment and protect victims.

"We know that NGOs that work in often fragile and unstable environments can become targets for abusers," said Tamsyn Barton, head of Bond, an umbrella group of aid organisations.

Britain's Mordaunt summoned Oxfam managers to a meeting on Monday to demand the full facts of the case, with 32 million pounds (S$58.6 million) of state funding hanging in the balance.

The aid minister said in a statement after the meeting that Oxfam made a "full and unqualified apology", but did not address the issue of funding. There was no immediate comment from Oxfam.

Government funding only accounted for 8 per cent of Oxfam's overall income last year, its annual report shows, but donations from the public may be hit by the bad publicity, analysts said.

"It's inevitable at times like this that people start to question the support that they offer," said Karl Wilding of the National Council for Voluntary Organisations (NCVO), a British group representing at least 13,000 voluntary organisations.

The deputy head of Oxfam resigned on Monday over what she said was the charity's failure to adequately respond to past allegations of sexual misconduct by staff in Haiti and Chad.

The Times newspaper reported last week that some staff in Haiti had paid for sex with prostitutes. Oxfam has not commented on that specific allegation but said an internal investigation from 2011 had confirmed that sexual misconduct had occurred.

As a result, four people were dismissed, and three others - including the Haiti country director who had previously held the same role in Chad - had resigned, according to Oxfam.

For a sex scandal to hit such a huge charity brand, it risks provoking an immediate and severe backlash that could hurt the sector without leading to much needed reforms, aid experts fear.

"De-funding organisations like Oxfam is not how we stop sexual exploitation and abuse from happening," said Megan Nobert, founder of Report the Abuse, a Geneva-based campaign group that collects data on sexual abuse against aid workers.