"It's possible," Valls said in response to a question at an economic conference in Berlin on whether the candidate of France's anti-immigration National Front could win in light of the US upset.

Le Pen is widely tipped to reach the second round of the election on May 7, where she would face either a candidate of the mainstream right or the left.

"This means that the balance of politics will change completely," Valls said, warning of "the danger presented by the extreme right". 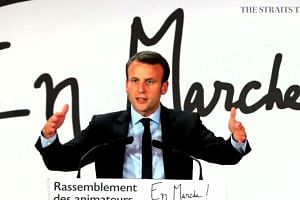 There is growing concern in France that the same wave of populist, anti-globalisation anger that carried Trump to the White House could hand Le Pen the keys to the Elysee Palace.

"Of course there are risks in France, I am struck by the tone of the public debate," Valls said.

But he stressed that there were differences between Trump and Le Pen, noting that the American billionaire was the candidate of a mainstream party even though his "speeches and proposals are worrying".

To respond to the "anger" that led to the British decision to quit the EU and Trump's election win, Valls pleaded for a new approach to globalisation.

"I am for a globalisation that serves the people," he said.