PARIS (REUTERS) - A man who punched a young woman outside a Paris cafe, prompting outrage after a video of the assault went viral, was sentenced to six months in prison and ordered to pay a €2,000 (S$3,100) fine by a French court on Thursday (Oct 4), lawyers said.

The video of the attack on student Marie Laguerre, which she posted on Facebook on July 25, boosted support for plans to punish sexual harassment on France's streets with fines.

The court determined that the defendant, named only as Firas M, was responsible for his acts when he punched Laguerre.

The sentence also included a further six months suspended jail term. He will also have to undergo treatment for drug and alcohol addiction.

"My client wanted a punishment but she didn't want his head to roll, she just wanted him to learn a lesson," said Noemie Saidi-Cottier, Laguerre's lawyer.

"If he never does that again, she feels she has won."

Days after the video went viral, lawmakers adopted a law imposing on-the-spot fines of up to €750 on cat-callers and aggressively lecherous people. 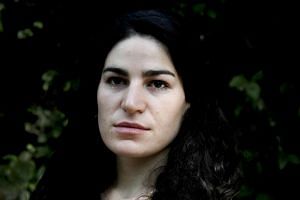 Firas M. was convicted for aggravated violence with an object used as a weapon and not sexual harassment since the new law was passed after the assault.

The footage showed a passerby throw an ashtray at a woman he had yelled at, then walk back towards her and punch her in the face before calmly walking away. Three men and a woman from the cafe terrace challenged the aggressor but eventually let him go.

Police arrested him in August.