PARIS (BLOOMBERG) - The French government is preparing to toughen access for equipment makers to its future 5G telecommunications networks.

The government is readying an amendment to the appropriate law with a view to make the vetting process for gear more stringent and increase the oversight of suppliers and locations by the concerned authorities, according to the Finance Ministry.

The new rules were added to an existing economic bill on Friday and sent to the Senate for a vote. The French government says the extra checks to ensure the security of its 5G network do not target China's gear marker Huawei, a global manufacturer of the new technology. The US has been urging its allies to avoid using Huawei's equipment for fear it can be used in spying, something the company has repeatedly denied.

"It's perfectly understandable that the government is concerned about questions of national security in its mobile network," Didier Casas, the president of Federation Francaise des Telecoms, told Bloomberg. "Carriers want to make sure the new regulations will keep allowing them to benefit from a real and effective competition between equipment providers so as to get the best tariffs and technology available. We are satisfied to hear that the government isn't targeting a provider in particular."

A French finance ministry official briefed reporters on the amendment, asking not to be identified in line with the ministry's ground rules.

The government's briefing follows strong and candid comments from one of France's most senior cabinet members. In the Senate on Jan 23, Foreign Affairs Minister Jean-Yves Le Drian mentioned the "risks" of including Huawei in 5G networks equipment. The comments by Le Drian, a trusted aide of President Emmanuel Macron, were the most forceful and public ones against the Chinese gear maker by a French government official. 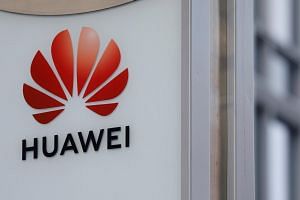 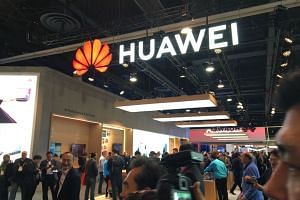 For its part, the equipment maker this week said it would consider withdrawing from partnerships that it sees as thwarting its operations, AFP reported from Davos, citing Liang Hua, Huawei's chairman.

The government move comes amid concerns from carriers that increased scrutiny of equipment suppliers could potentially slow down operations and the deployment of 5G technology. The technical office overseeing the vetting process will respond within two months to operators on the equipment they can use, the ministry said, citing the amendment to the bill.

"Carriers also want to make sure the new regime will not lead to further complexity and slowdown in the decision-making process to approve the required equipment for future network deployment in low-density areas," Casas said. "If the State considers that there are potential security risks regarding 5G, it will be necessary to hold technical meetings ahead of the auction of the spectrum due to take place in the second-half of this year." The government is aiming to have at least one major city operating on 5G by 2020, and by 2025, it wants to have all the country's main highways and railroads connected.

The increased scrutiny on telecom equipment providers comes as operators are engaged in an effort to test 5G technology in France as they prepare for the next phase of the network.

SFR and Bouygues Telecom already use Huawei equipment in France, though not in the core parts of the network that handle critical information, while Orange also uses Huawei for its cloud service. SFR, Bouygues and Orange, the former monopoly still partly owned by the state, are all currently testing Huawei's 5G technology in France. Orange chief executive officer Stephane Richard vowed last month France's biggest carrier would not use Huawei for commercial 5G.

France already has some safeguards in place for critical parts of its telecoms networks. The vetting procedure includes a list of components that must be reviewed by government cyber experts before they can be used. The core of networks are already on that list and towers and their electronic components will be added to the list of technology under close surveillance by the state, French officials said.

For so-called critical components, the government demands full access to potential suppliers' technology: motherboards, encryption keys and code. In the past years, Nokia Oyj, Cisco Systems Inc. and Ericsson AB have all supplied that information - Huawei has not, so is not eligible.