TOKYO (AFP) - The Nikkei group, which is buying the Financial Times newspaper for 844 million pounds (S$1.8 billion), is the media giant behind the Nihon Keizai Shimbun - or Nikkei daily - which is considered the "bible of Japanese business" and has a track record of financial scoops.

Now an international multimedia group, the history of Nikkei stretches back 140 years. Under another name, it was one of the first newspapers to appear in Japan when the country began to open itself up to foreign influence in the second half of the 19th century. It became the financial newspaper of reference after the Second World War.

The Nikkei daily is published twice a day, both in paper and digital form. Some 2.7 million copies of the morning edition are published every day, including Sundays and public holidays, and 1.4 million copies of lighter newspaper come out each afternoon. The online version has more than 200,000 paying subscribers, and offers English versions of some articles. 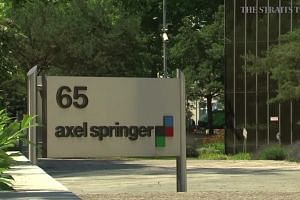 Sale of Financial Times: A reference point for global business

The group owns three other major newspapers: Nikkei Veritas (which reports on stock markets), Nikkei Marketing (on business and services) and Nikkei Sangyo Shimbun (on industries), as well as the online news source Nikkei Telecom, with 1.5 million subscribers, and a dozen other websites.

It has 36 bureaux across the world and 54 in Japan, which provide text and video reporting. It runs its own TV channel (Nikkei CNBC, which largely follows stocks), publishes magazines, books, and has a huge bank of business data, as well as organising conferences and providing specialist reporting on the rest of Asia, notably in Chinese.

The readers of the Nikkei daily are traditionally directors of businesses or executives. But in recent years the newspaper has made considerable efforts to expand its readership, focusing on women, for example, with the launch of the Nikkei Woman magazine.