STRASBOURG, France (AFP) - The European Parliament on Tuesday (March 26) adopted controversial copyright reforms championed by news publishers and the media business, but punishing tech giants that lobbied against it.

Despite an intense debate in Parliament, MEPs (Members of the European Parliament) meeting in Strasbourg ended up passing the draft law with 348 votes in favour, 274 against, and 36 abstentions.

European lawmakers were sharply divided on the copyright issue, with both sides subjected to some of the most intense lobbying the European Union (EU) has ever seen from tech giants, media firms, content creators and online freedom activists.

Launched in 2016, the revamp to European copyright legislation was seen as urgently needed, not having been updated since 2001, before the birth of YouTube or Facebook.

The reform was loudly backed by media companies and artists, who want to obtain a better return from web platforms that allow users to distribute their content.

But it was strongly opposed by Silicon Valley, and especially Google that makes huge profits from the advertising generated on content it hosts, and also by supporters of a free internet who fear it will result in unprecedented restrictions to web freedom.

The final days before the vote were marked by marches and media stunts, including tens of thousands of people protesting in Germany on Saturday under the slogan "Save the Internet". 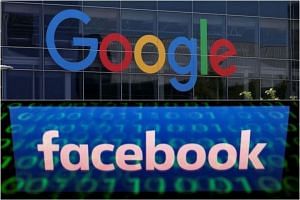 There were similar protests in Austria, Poland and Portugal, while major Polish newspapers on Monday printed blank front pages in an appeal that MEPs adopt the reform.

"I know there are lots of fears about what users can do or not - now we have clear guarantees for freedom of speech, teaching and online creativity," Commission Vice-President Andrus Ansip said after the vote.

Germany was at the heart of the anti-reform movement, led by Julia Reda, a 32-year-old Pirate Party MEP who has spearheaded a campaign against two of the law's provisions that have become flashpoints in the debate.

Reda said the vote marked a "dark day for internet freedom" and decried that MEPs refused, albeit narrowly, to modify the text before the final vote.

Reda's main worry was Article 13, which aims to strengthen the bargaining power of rights holders with platforms such as YouTube, Facebook and Soundcloud, which use their content.

Under the reform, European law for the first time would hold platforms legally responsible for enforcing copyright, requiring them to check everything that their users post to prevent infringement.

Reda and her supporters warned that Article 13 would require platforms to install expensive content filters that would automatically and often erroneously delete content from the web.

Backers of the law, led by its rapporteur MEP Axel Voss, answered that filters are not a requirement, but they do not explain how companies can comply with Article 13 without them.

The second article advocated the creation of a "neighbouring right" to copyright for news media.

It should enable news companies to be better paid when their output is used by information aggregators like Google News or social networks such as Facebook.

Major publishers including AFP have pushed hard for the reform, seeing it as an urgent remedy to safeguard quality journalism and the plummeting earnings of traditional media companies.

The reform, if properly implemented by member states "can help to maintain journalism in the field, which all evidence shows is still the best way to combat misinformation", said AFP CEO Fabrice Fries.

But opponents have called it a "link tax" that will stifle discourse on the internet and pay only big media companies, with no real benefits for journalists or news gatherers.

The reform is staunchly backed by France and several other member states, but some countries may decide to use the flexibility built into the reform that allows a loose interpretation of the rules.

A Google spokesman said the two-decade old law "is improved but will still lead to legal uncertainty and will hurt Europe's creative and digital economies".

"The details matter, and we look forward to working with policy makers, publishers, creators and rights holders as EU member states move to implement these new rules."