BRUSSELS (AFP) - The European Union on Sunday (July 14) urged Russia to ensure continued respect of the Intermediate-Range Nuclear Forces (INF) Treaty, after Moscow suspended its participation in the agreement.

"We are deeply concerned over developments with regard to the INF Treaty, which could end on Aug 2, 2019," EU foreign policy chief Federica Mogherini said in a statement.

"The upcoming days represent the last opportunity for dialogue and taking the necessary measures to preserve this important component of European security architecture," Ms Mogherini added.

Russia and the United States have both suspended their participation in the Cold War-era treaty, which bans a whole class of nuclear-capable missiles. Each accuses the other of having violated the accord.

Washington meanwhile says it will quit the deal for good on Aug 2 unless Russia destroys a controversial new missile system it says breaches the accord. 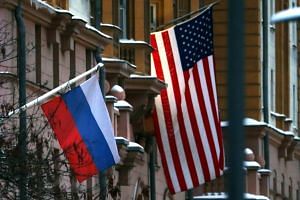 Russia and US fail to save missile treaty

Russia should take "substantial and transparent actions" to ensure compliance with the treaty, she added in the statement.

The INF treaty was signed in 1987, towards the end of the Cold War, between US president Ronald Reagan and Soviet leader Mikhail Gorbachev.

It banned ground-launched missiles with a range of 500 to 5,500 kilometres.

It is considered a cornerstone of the global arms control architecture and its looming demise has triggered fears for the future of the New START treaty between Russia and the United States, which caps nuclear warhead numbers.