The law, several years in the making, introduces a new method for drawing up anti-dumping duties over imports from third countries that demonstrate significant distortions to the global market.

It also allows authorities to take into account environmental and workplace standards when setting import duties.

This law “will ensure that European industry remains well-equipped to deal with the unfair competition,” EU Trade Commissioner Cecilia Malmstroem told MEPs in Strasbourg, France, ahead of the vote. 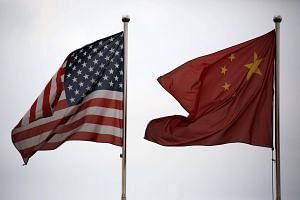 China’s Ministry of Commerce said prior to the vote that the EU’s new anti-dumping measures would not be in compliance with World Trade Organization (WTO) rules.

The new measures are intended to offset the consequences of granting China so-called market economy status at the WTO that will make it more difficult to prove illegal trade practices by Beijing.

The topic is so sensitive that China shocked the EU at a summit in June by refusing to endorse a joint statement on climate change out of dissatisfaction on the issue.

When China joined the WTO in 2001, it was written into the terms of the deal that member states could treat it as a non-market economy for 15 years.

Under this regime, the EU and other WTO powers retained powers to unilaterally establish fast and tough anti-dumping rules without infringing WTO rules. The deadline passed late last year.

“This is not about giving market economy status to China, it never has been about this,” insisted Malmstroem.

“China is not a market economy. If it were, it would be much easier,” she added.