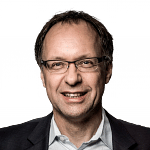 In a joint video conference with French president Emmanuel Macron, Dr Merkel on Monday (May 18) supported the idea of creating a 500-billion-euro (S$774 billion) bond especially designed to assist countries and industries severely hit by the Covid-19 crisis.

The funds for the new bond will be raised on capitals markets and, since the whole European Union will be the debtor and not individual countries, interest rates presumably will be rather low. The German share of this 500-billion-euro bond will amount to 135 billion euros. Interestingly, the disbursed money is not labelled a loan but a grant which means recipients will not need to repay.

Dr Merkel and Mr Macron are well aware that their proposal will be facing resistance from other EU members, with both acknowledging that work is still needed "to bring together all the member states".

The Netherlands and Denmark previously have opposed the creation of "corona bonds" and so did Austria. The 500-billion-euro recovery fund proposed would come on top of the EU's next budget that already has set aside loans totalling 540 billion euros for member states reeling from the pandemic.

The joint appearance with Dr Merkel came at the right moment for Mr Macron who could demonstrate that he had the clout to sway German resistance on a massive aid plan with joint liability. At home, Mr Macron's popularity is hovering around a modest 40 per cent, a far cry from the 62 per cent he enjoyed three years ago upon taking office.

The French president's image has taken a beating lately with heavy criticism of his handling of the Covid-19 crisis. More than once he has called the fight against the disease as a "war" thus raising public expectations. No other European head of state has used such strong language. However, it quickly became clear that French hospitals and doctors were ill equipped to win the so-called "war".

With more than 28,000 deaths from Covid-19, France is in the same category as Spain, Italy and the UK. Germany has a little more than 8,000 deaths.

Medical personnel confronted the president with the facts on the ground when he recently paid a visit to the "La Pitié Salpêtrière" hospital in Paris. When talking to doctors the French leader admitted to a severe lack of personnel and supply. Another hospital staff later told him that he was not interested in awards for his work. Seemingly unfazed, he told the president: "We will not be fobbed off with medals."

The scene reminded observers of the aggressive yellow vest protests in 2018 and 2019, a social movement fighting for more equality, that took away much of the shine off the 42-year-old French leader.

The boyish Mr Macron, who became a shooting star in 2017 when he swiftly rose to power succeeding Francois Hollande in the Élysée Palace, also seems to have lost touch with the movement that helped him to fame. Significant cracks have emerged in his political party "La République en marche" (LREM) with a number of its deputies already quitting and signalling that they would be forming a new left-leaning faction in parliament.

Only a few days ago prominent deputy Aurélien Taché announced his exit with a particularly stinging remark for Mr Macron who has pledged to bring unity to French society.

"In 2017, I left the Socialist Party because it was unable to go beyond its borders", Mr. Taché said. "Today, I'm leaving LREM for exactly the same reasons."

The deputy from Val d'Oise, a region north of Paris, also said the movement "has not been able to build an ideological corpus, to find convergences with other parties or allies within society".

Representing the left wing of LREM, Mr Tache accused the president of "opening only towards the right".

On top of his political woes, Mr Macron will now have to deal with the bleak economic outlook. The French economy is expected to contract by at least eight per cent this year, putting a heavy strain on the country.

In contrast, Dr Merkel is riding high at home with her popularity as well as that of her conservative Christian Democratic Union (CDU) party soaring. Polling close to 40 percent the Christian Democrats are far ahead of other parties like the Greens or the Social Democrats (SPD). Trust in Dr Merkel and the government has risen mostly because of strong leadership which has kept the pandemic under control.

Simultaneously the far right party Alternative for Germany (AfD), which many in the country feared was gaining momentum recently, is losing public support. It is embroiled in an internal dispute on the way forward. Trying to rid itself of extremist politicians in their own ranks the AfD is facing an acid test which eventually might lead to a division of the party.

"Chances are that the political centre will come out of the crisis stronger", says Karl-Rudolf Korte, political scientist, while the AfD is "the biggest loser of the crisis."