AMSTERDAM (REUTERS) - An upstart populist party shocked the Dutch political establishment by winning the most votes in provincial elections after a preliminary count in the early hours of Thursday (March 21), boosted by a possible terrorist attack this week in the city of Utrecht.

The result shows the enduring strength of far-right populism in the Netherlands, coming nearly two decades after the assassination of populist Pim Fortuyn in 2002 led to a similar upset in parliamentary elections.

The most important short term impact is that Prime Minister Mark Rutte's centre-right coalition will be forced to seek outside support to win Senate approval for laws passed by parliament.

Provincial votes determine the composition in the Senate, where Rutte's government has lost its majority.

The big winner in the vote was the Forum for Democracy party, led by 36-year-old Thierry Baudet, which holds just two seats in parliament after entering politics in 2016.

On current projections it will have an equal number of seats in the Senate as Rutte's VVD.

In a speech to supporters peppered with literary allusions, Baudet said the arrogance of the elites had been punished. 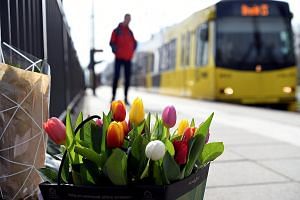 "We are standing in the rubble of what was once the most beautiful civilisation in the world," he said.

Following the lead of US President Donald Trump, Baudet opposes immigration and emphasises "Dutch first" cultural and economic themes. He opposes the euro and thinks the Netherlands should leave the European Union.

Baudet had continued campaigning when other parties stopped after Monday's attack in Utrecht, in which a gunman shot three people dead on a tram. Baudet blamed the incident on the government's lax immigration policies.

A 37-year-old Turkish-born man has been arrested on suspicion of carrying out the shooting. Prosecutors have not determined a motive, though they say it may have been terrorism.

Pollsters had for weeks predicted Rutte's centre-right coalition would lose its Senate majority. But experts, including pollster Maurice de Hond, said the Utrecht attack boosted turnout most among opponents of immigration.

The Dutch economy has been one of Europe's best performers under successive Rutte-led governments, but resentment over early 2010s austerity programs lingers. Recent debate has focused on funding the government's plans to meet international goals on climate change.

Left-leaning voters feel not enough is being done and supported the pro-environment Green Left party, which also booked big gains nationwide on Wednesday, including taking nearly a quarter of the vote in Amsterdam.

Rutte is expected to look to the Green Left or Labour parties for outside support once the new Senate is seated in May, though there are other possibilities in the increasingly fragmented political landscape, which include religious parties and a party focused on voters older than 50.

Rutte said he would be looking for support from"constructive" parties on either the left or the right. Baudet ruled out any cooperation.

"This means drinking a lot of coffee and making even more phone calls" Rutte told supporters.

"So I'm counting on it that the country will remain well manageable with this result." Parliamentary elections are due by March 2021.