NEW YORK (NYTIMES) - Pret A Manger has acknowledged that a second customer died after an allergic reaction to food sold at the popular British sandwich chain.

The revelation of the death last December comes as Pret undergoes scrutiny after a 15-year-old girl, who was allergic to sesame seeds, died in 2016 after eating a sandwich that did not list sesame seeds among the ingredients.

On Wednesday, after an inquest on that case, Pret said it would start affixing ingredient labels to its fresh products.

In the latest announcement, Pret said it believed the second customer's death had been caused by dairy protein found in a non-dairy yogurt supplied by CoYo, a maker of vegan products in Britain.

The customer, who was not identified, reportedly purchased a "super-veg rainbow flatbread" in Bath, England, last year.

"We believe this resulted in the tragic death of a customer from an allergic reaction," the company said. The company provided no further details on the customer's identity.

Pret said it had stopped selling related products as soon as it became aware of the death. After testing confirmed the presence of a dairy protein in the vegan yogurt, it alerted Britain's Food Standards Agency. 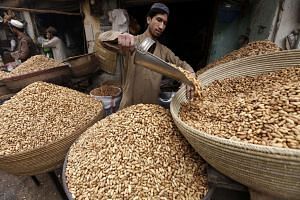 Pret, which has about 530 shops in Britain and in cities and airports around the world, said it had terminated its business with CoYo UK and was "in the process of taking legal action".

In February, CoYo announced a "precautionary product removal" of its non-dairy yogurts because traces of milk were found. It also blamed a separate, unnamed company for the contaminated yogurt.

"We have terminated our relationship with this third-party supplier to ensure that this never happens again," the company said.

A representative of CoYo could not be reached for comment on Sunday.