A British couple was on Monday (July 30) jailed eight years for tricking their daughter into travelling to Bangladesh to marry her first cousin.

The husband and wife had threatened to kill their daughter, then 18, if she did not comply with their wishes, reported British media.

The pair were convicted in May of using violence, threats or coercion to force their daughter into marriage, following a three-week trial.

On Monday, a Leeds crown court judge sentenced the father to 4 1/2 years jail and the mother to 3 1/2 years.

None of those in the case can be named.

In 2016, the daughter was taken out of college during term time and told she was going on a six-week holiday to Bangladesh to visit relatives, reported British newspaper Guardian.

But when they arrived at a remote village in the country, she learnt that she was to marry her first cousin.

When she refused, her father hit her and said that he would slit her throat and "chop her up in 18 seconds", the court heard.

"I thought it was disgusting because it was my first cousin and stood my ground," said the victim, who is now 20.

According to the BBC, she managed to alert the police through her boyfriend in Leeds after leaving him several messages and voice recordings.

Days before her marriage was due to take place, she was rescued from the village by the British High Commission, with the operation involving armed police, the report said.

She had escaped with only the clothes she was wearing and a Leeds bus pass. 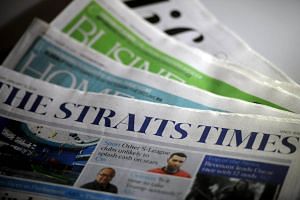 In an impact statement read in court on Monday, she described how she had assumed a new identity and lived in fear of her family.

She said: "I know I will always have to remain cautious but, knowing those monsters are going to be in prison, I feel the uttermost freedom in my heart."

She added that she wanted other girls to know that forcing someone to marry is wrong.

The case is believed to be second of its kind in Britain since forced marriages were made a criminal offence in 2014.