LONDON (REUTERS) - Britain's Conservative Party has opened up a 10-point lead over the opposition Labour Party since Boris Johnson took over as prime minister, an opinion poll showed.

The Sunday Times newspaper said the "Boris bounce" had pushed support for Johnson's Conservatives to 31 per cent, up six percentage points from the previous poll, while Labour was on 21 per cent, up two points.

The newspaper said the poll by YouGov could fuel speculation that Johnson, who faces a Brexit deadlock in Britain's parliament, will call an early election.

The poll gave the Conservatives their biggest lead over the opposition in five months and it was the first time their support has risen above 30 per cent since April, the Sunday Times said.

The Liberal Democrats were down three points on 20 per cent and the new Brexit Party, led by veteran eurosceptic Nigel Farage, was down four points on 13 per cent, half its peak level in May.

A second poll showed a smaller increase in support for the Conservatives. 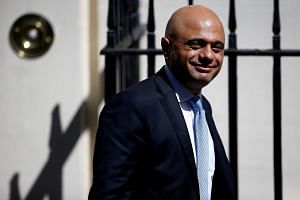 The poll by ComRes showed Johnson's party with 28 per cent, up three points and only one percentage point ahead of Labour.

The ComRes poll, conducted for the Sunday Express newspaper, showed the Conservatives would fall further short of a majority in parliament than they are now.

While preferred as a leader to Labour's Jeremy Corbyn, most voters think Johnson will be a bad prime minister, ComRes said.

"As Boris Johnson begins his premiership we have seen an anticipated bump in Conservative support, generally at the expense of the Brexit Party," Chris Hopkins, head of politics at ComRes, said.

"However, while the public agree that he should be given the necessary time to deliver Brexit, a majority are sceptical as to how good he may be as prime minister."

If the poll figures were replicated at a national election, the Conservatives would be the largest party but would fall 48 seats short of a majority, ComRes said.

The poll was conducted for the Sunday Express newspaper and interviewed 2,029 British adults on July 24 and 25.