She lists priorities for 'hard Brexit', but pledges Parliament will have final say on deal

Britain will no longer be part of the EU's single market when it leaves the European Union, British Prime Minister Theresa May said in a much-anticipated speech yesterday, outlining her priorities for a "hard Brexit".

But she promised that Parliament will have the final say on the Brexit deal, much to the relief of traders closely watching her speech, triggering a surge in the pound sterling to US$1.2347 at 12.50pm in London (8.50pm Singapore time) and setting itself up for its best day since the global financial crisis in 2008.

Leaving the single market means giving up the free flow of goods, services and people across borders, as well as the Customs Union, which facilitates free trade between EU countries by ensuring that they have a common external tariff.

In the most definitive signal of her Brexit plans yet, Mrs May listed her priorities, which included: • Establishing free trade with European states that will give British companies the maximum freedom to trade with and operate within European markets and vice versa.

• Negotiating new trade deals with other countries from outside the EU.

• Controlling immigration from the EU, but safeguarding the rights of EU citizens who are already living in Britain, and the rights of British nationals in other EU states.

• Taking back control of laws and putting an end to the jurisdiction of the European Court of Justice in Britain.

• Maintaining the Common Travel Area with Ireland, which has minimal or non-existent border controls for British and Irish citizens and is the only land border the UK shares with the EU.

• Protecting and maintaining workers' rights by translating European law into domestic regulations and building on them.

• Continuing to collaborate with Europe on major science, research and technology initiatives.

• Cooperating with European nations in the fight against crime and terrorism. 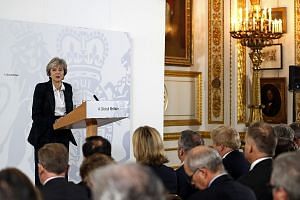 Some 'clarity' after Theresa May's Brexit speech, but others not so positive 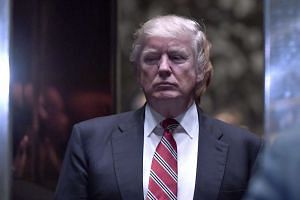 In her speech, Mrs May also took pains to reconcile with her European partners, promising to be a "best friend" to them and emphasising their shared values.

"The decision to leave the EU... was no attempt to do harm to the EU itself or to any of its remaining member states," she said.

"It was a vote to restore, as we see it, our parliamentary democracy, national self-determination, and to become even more global and internationalist in action and in spirit."

But she also warned her European neighbours against pursuing a "punitive deal".

"That would be a case of calamitous self-harm for the countries of Europe, and it would not be the act of a friend."

A version of this article appeared in the print edition of The Straits Times on January 18, 2017, with the headline 'Britain will leave EU single market: May'. Subscribe
Topics:
More
Whatsapp Linkedin FB Messenger Telegram Reddit WeChat Pinterest Print Copy permalink