(REUTERS) - British security officials do not support a full ban of Huawei from national telecoms networks despite US allegations the Chinese firm and its products could be used by Beijing for spying, people with knowledge of the matter said.

Huawei, the world's biggest producer of telecoms equipment, faces intense scrutiny in the West over its relationship with the Chinese government and allegations of enabling state espionage, with the United States calling for its allies not to use its technology.

Although no evidence has been produced publicly and Huawei has denied the claims, the allegations have led several Western countries to restrict its access to their markets.

"We don't favour a complete ban. It's not that simple," one of the sources told Reuters on Monday (Feb 18) after a Financial Times report on Sunday said that Britain had decided it could mitigate the risks of using Huawei equipment in 5G networks.

The FT cited two sources familiar with what it said was a conclusion by the government's National Cyber Security Council (NCSC), which last year said technical and supply-chain issues with Huawei's equipment had exposed national telecom networks to new security risks.

While Huawei did not offer a direct comment on the NCSC conclusion, its rotating chairman Eric Xu said the company had been working with various governments to come up with standards to measure the safety and security of products.

"In this context, Huawei has been working with different governments and industry partners to put in place agreed standards, so that people can take those standards to measure how secure the products from all of the vendors are," Xu told Reuters in an e-mailed statement on Monday. 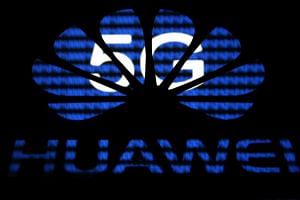 Britain concludes it can mitigate risk from Huawei equipment use in 5G: Financial Times

Any decision to allow Huawei to participate in building next-generation 5G networks would be closely watched by other nations, because of Britain's membership of the Five Eyes intelligence-sharing group with the United States.

Britain is an important market for Huawei and last month Vodafone, the world's second-largest mobile operator, said it was "pausing" the deployment of its equipment in core networks until Western governments give the Chinese firm full security clearance.

Other operators in Europe, including Britain's BT and France's Orange have already removed Huawei's equipment or taken steps to limit its future use.

Two sources said the NCSC did not think it was necessary to completely bar Huawei from British networks, believing it could continue to manage any risks by testing the products at a special laboratory overseen by intelligence officials.

Both sources, who spoke on condition of anonymity because of the sensitivity of the matter, said the position was consistent with public statements made by the NCSC and British officials.

"As was made clear in July's HCSEC oversight board, the NCSC has concerns around Huawei's engineering and security capabilities. We have set out the improvements we expect the company to make, an NCSC spokeswoman said on Monday.

People with knowledge of the matter said the next NCSC report on Huawei's position in Britain will criticise its slow response to issues raised in last year's report and detail tense relations with British officials.

The report, which is expected to be released in coming weeks, does not itself set government policy.

The results of a government review of British telecoms infrastructure is expected later in the year and will include recommendations on managing security risks, including in future 5G networks.

Fellow Five Eyes member Australia has banned Huawei from supplying 5G equipment, while New Zealand said on Monday it would make its own independent assessment of the risk of using Huawei equipment in 5G networks.

Huawei has set up security labs in Britain and Germany aimed at building confidence that its equipment does not contain "back doors" for Chinese intelligence services.

It has also offered to build a cyber-security centre in Poland, where authorities have arrested a Chinese Huawei employee along with an ex-Polish security official.

Last week Alex Younger, the head of Britain's MI6 foreign intelligence service, said it was more complicated than "in or out" when asked if Britain was seeking to manage risks perceived as being attached to Huawei rather than simply to ban it.

Younger also told journalists in Munich that it was not desirable that "any piece of significant national infrastructure is provided from a monopoly supplier".