LONDON (THOMSON REUTERS FOUNDATION) - Azerbaijan, Turkey and Armenia have the most restrictive LGBT+ equality laws and policies in Europe, campaign group ILGA-Europe said on Monday (May 13).

Azerbaijan scored just 3 per cent on a scale where zero indicates gross human rights violations and 100 per cent represents the greatest degree of equality under the law, according to Rainbow Europe, a measuring tool created by ILGA-Europe.

The former Soviet republic - host of the 2012 Eurovision Song Contest - gained points in just three of the 69 individual categories, which cover areas such as employment rights and marriage equality.

The Azerbaijan embassy in London did not respond to a request for comment.

Turkey and Armenia were awarded 5 per cent and 7 per cent respectively.

A direct comparison with last year's results is not possible, as ILGA-Europe has changed the overall number of categories to give more weight to laws and policies covering civil society and asylum.

However, the countries that did well on this year's list, including top-ranked Malta, Luxembourg (third) and Finland (fourth), have addressed gaps in transgender and intersex rights, said Evelyne Paradis, executive director of ILGA-Europe. 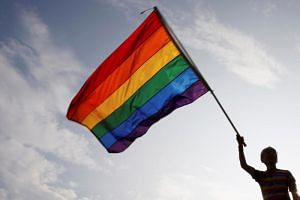 Irrespective of the recalibration, "those countries that continue to do really well and go up are those that ... clicked quite some time ago that the agenda was more than marriage equality", Paradis told the Thomson Reuters Foundation.

Now in its 10th year, the ILGA-Europe ranking analysed laws and policies governing LGBT+ matters across 49 European countries over the past 12 months.

Due to the shift in the number of categories, several countries that had formerly been seen as leaders of LGBT+ equality, such as Britain, saw their overall percentages slip between 2018 and 2019.

Last year, Britain scored 73 per cent and was ranked equal with Finland and France at fourth, but according to the Rainbow Europe 2019 index, this year fell to 66 per cent cent, tied at seventh with Portugal.

"The UK has a proud record of promoting equality for LGBT people and we continue to be recognised as one of the leading progressive countries in Europe for LGBT rights," a spokeswoman for Britain's Government Equalities Office said in an email.

Germany, France and Norway also saw their percentages fall over the past 12 months. The 2019 index ranked Belgium second, between Malta and Luxembourg.