A decision to allow graduates of its military intelligence unit to create companies and make money has turned Israel into a cyber-security powerhouse, and the country will continue to do so to grow its economic wealth, said Israeli Prime Minister Benjamin Netanyahu.

Pointing to its cyber-security and technology park in Be'er Sheva - a city in the Negev desert of southern Israel - Mr Netanyahu said the site is key to continuous innovation.

"Here's a... cyber park of some of the leading cyber-security powers and it's all within 200m walking distance," he said at the sixth annual Cybertech conference on Tuesday.

Formed in 2014, the park is home to the Israel Defence Forces, the Computer Emergency Response Team for addressing civilian cybersecurity incidents and a cyber-security start-up arena known as CyberSpark.

The Ben-Gurion University, Israel's top school for cyber security, is nearby too.

What this revolution is doing - big data, AI (artificial intelligence) and connectivity - is allowing small countries to be big countries.

ISRAELI PRIME MINISTER BENJAMIN NETANYAHU, on turning his country into one of the world's five cyber powers.

Graduates from the military and the nearby university form a steady supply of potential workforce. They work with local and foreign business partners on start-up ideas. The government provides generous funding of between US$500,000 (S$676,250) and US$750,000 per start-up, to be paid back only if the company is successful.

Mr Netanyahu said Israel wants to continue to lead in cyber security and other high-growth areas like mobility, health and food.

The park is a re-creation of what Mr Netanyahu saw at the Massachusetts Institute of Technology in Cambridge, Massachusetts, and Silicon Valley in San Francisco.

"I decided several years ago to turn Israel into one of the five cyber powers of the world and that required allowing this combination of military intelligence, academia and industry to converge in one place," he said. 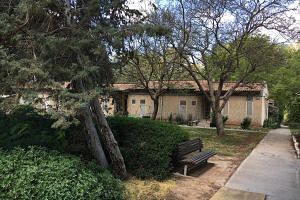 From settlements to high-tech start-ups in Israel

How Israel became a cyber superpower

Singapore is planning a similar version in Punggol North, with plans to move its high-level Cyber Security Agency of Singapore - currently in Maxwell Road - to the district. The 50ha Punggol Digital District will be a centre for digital and cyber-security industries that could generate up to 28,000 digital economy jobs.

First announced last year, the first buildings are expected to be ready in five years.

Even though Israel has a population of just 8.6 million people, it is the world's second-biggest cyber-security product exporter, after the United States. Besides exporting US$6.5 billion in cyber-security products yearly, Israel also attracts 20 per cent of the global private investments in such products.

"What this revolution is doing - big data, AI (artificial intelligence) and connectivity - is allowing small countries to be big countries," Mr Netanyahu said at the three-day conference which ended yesterday.

"If you have the brains and the system to create conceptual products in an accelerated rate, (it will) give you a competitive advantage."

Israel has one of the world's highest concentrations of start-ups, with 6,500 of them specialising in many areas including cyber security, mobile apps and machine learning.

But it is trailing behind the US and China in AI. For instance, it has over 360 AI start-ups compared with over 1,390 in the US and over 380 in China. A blueprint for AI is in the works to grow Israel's influence in this area.

The military is known to look for people with "rosh gadol", which in Hebrew means "big head".

"And this head - we invest in. We take our brightest people and put them in. We look at the entire population, we go into the high schools, we're going to go to kindergartens very soon."