In the small Australian town of Guyra, local farmers have long been able to rely on a steady and plentiful supply of rainfall that helped to ensure feed for their sheep and cattle.

But the local area is currently in the grip of a severe drought, which is leaving the town perilously close to "day zero" - meaning it will have completely run out of water.

The dam which supplies water to the town is down to 24 per cent of its capacity. The authorities believe the town could be without a safe supply of water within days or weeks.

Across the east coast of Australia, a series of towns face a similar fate, as the region endures one of the most intense droughts in history.

For the past two or more years, much of this region has experienced hot, dry weather with minimal rainfall. According to the Bureau of Meteorology in New South Wales, Australia's most populous state, more than 96 per cent of the entire state is currently in drought.

In Guyra, a town of about 2,000 people that is 500km north of Sydney, water has been driven in on tankers to boost the local supply.

On June 24, the authorities placed the town under Level 5 water restrictions, its highest level. This means residents are not allowed to use tap water for activities such as gardening or washing cars. 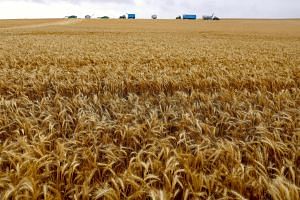 The local council is also offering all residents new shower heads that help save water.

These changes have come as a shock to the town, which usually receives about 900mm of rain a year, about double the average annual rainfall for Australia.

A cattle farmer who has run a property near Guyra for more than 30 years, Mr Sam White, said he had experienced five droughts but this has been the worst.

"This is the toughest one we have had to deal with so far," he told ABC News earlier this month.

Australia is a vast nation with a strong agricultural sector that produces high volumes of products such as beef and wheat for domestic and overseas consumption, including large exports to Asia.

Last year, Australia exported about A$13.5 billion (S$12.8 billion) worth of beef and other meats and about A$4 billion worth of wool and wheat each. According to the National Farmers' Federation, the sector employs about 300,000 people and accounts for about 3 per cent of the nation's total gross domestic product.

But the warming weather is producing tough conditions in parts of Australia that is forcing some farmers to question their future survival.

Last week, the federal government passed legislation to set up a A$5 billion Future Drought Fund to provide long-term investment in research and develop new ways to make the agricultural sector more sustainable and resilient to drought. It will receive funding of A$200 million in the first two years. A committee will consult with farmers and rural communities to identify suitable projects.

"Drought is a fact of life in this country," Prime Minister Scott Morrison said in a joint statement with several other ministers last Wednesday. "Our Future Drought Fund will ensure our farmers, who are among the best in the world, and regional communities are better equipped to deal with its effects when it happens again."

But the opposition Labor party criticised the ruling Liberal-National Coalition for taking a narrow view and failing to consider the role that climate change was playing in the difficult future facing many of the nation's farmers.

Unfortunately, the latest weather reports hold out little immediate hope for some of the worst-affected areas. The Bureau of Meteorology is predicting lower than average rain across the east coast from next month to October.