But just what is the offshore finance controversy, dubbed the Panama Papers scandal, all about?

Thanks to the power of the Internet, here are some fun and interactive ways that you can get a better grasp of what has transpired.

Cartoons that even a 5-year-old can understand

Credit first goes to redditor DanGliesack for demystifying the controversy with a brilliantly simple explanation, using a piggy bank analogy.

US news website Vox then expounded on the idea by coming up with a set of cute cartoons - which were also compiled into a quick two-minute video clip - that even a five-year-old can understand.

Who knew hiding their piggybanks at a friend's house could be compared to a complicated global web of possible corruption and tax avoidance?

Mini-game for the role-playing aficionados

German newspaper Suddeutsche Zeitung, which broke the story, enlisted the help of the Washington DC-based International Consortium of Investigative Journalists (ICIJ) to uncover the scandal due to the sheer scale of the data it received. 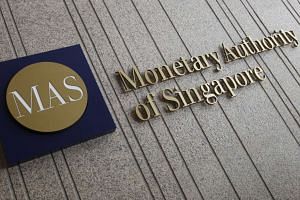 What unfolded was a joint investigative effort involving around 400 journalists from more than 100 media outlets in over 80 countries.

If you're wondering about the methods those implicated in the scandal used to squirrel away their money, a pseudo role-playing game on the ICIJ's website dedicated to the Panama Papers is your best bet to figure it out.

Called Stairway to Tax Heaven, the game allows you to pick one of three characters - Juan Penalti the soccer player, Polly Tissien the politician or Edmund von Kronen the business executive - to navigate the intricacies of the offshore finance industry.

You can try it out here.

Who are the power players implicated? 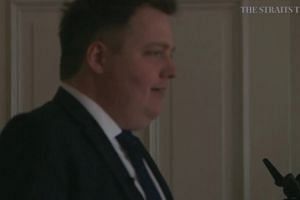 Iceland's Sigmundur David Gunnlaugsson: The fall of a white knight

Iceland Prime Minister Sigmundur David Gunnlaugsson became the first major political casualty of the scandal, announcing on Tuesday (April 5) that he was stepping down after revelations that he and his wife had placed millions of dollars in an offshore company they owned in the British Virgin Islands.

Many more high-profile leaders, politicians and celebrities (or those related to them) have been implicated, including friends of Russian President Vladimir Putin, British Prime Minister David Cameron's father, relatives of Chinese President Xi Jinping and the son of Malaysian Prime Minister Najib Razak.

The ICIJ website has detailed information, complete with an impressively rendered interactive graphic, on some of the more prominent power players here.

British newspaper The Guardian, one of the more prominent media outlets involved in the investigations, has a dedicated eight-member Panama Papers team.

It came up with a quirky video explainer highlighting just how one could hide a billion dollars in five easy steps. And then find ways to spend it.

Or for a better idea of just who might be affected by the scandal, the ICIJ's gritty four-minute cartoon video, which has amassed over 1.2 million views on YouTube, breaks down the crimes made possible by money laundering.

The Panama Papers: Victims of Offshore