Michelle Mone, Baroness of Mayfair, described her mistake of carrying a 46-year old man as a "most embarrassing moment" in a tweet posted on May 7.

The baroness, 44, who is the founder of British lingerie brand Ultimo Brands International, was giving a speech at an entrepreneurs conference in Vietnam.

The man had approached her to present flowers to her when she was on stage.

In front of a crowd of 3,000 people, she accepted the flowers and then picked him up to pose for a photo together, thinking he was a child. 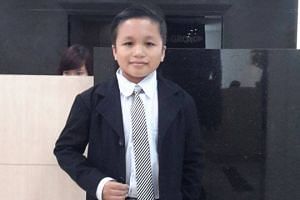 According to British news site The Mirror, the man's wife immediately asked the lingerie tycoon to put her husband down.

Baroness Mone also told The Daily Mail that "the guy was fine with it and the whole room was screaming with laughter".

However, the man's wife had asked if it was "British custom" to pick up a grown man.

The online community reacted in amusement to the gaffe.

Twitter user Michael Hogan said: "How embarrassing. Just picked up Michelle Mone and cuddled her, thinking she was an unnaturally big child."

How embarrassing. Just picked up Michelle Mone and cuddled her, thinking she was an unnaturally big child

@MichelleMone Hilarious, brings new meaning to picking up a man.

The man's identity and the reason for his small stature are not known.

Update: The man's identity has been revealed to be a 22-year-old real estate agent instead of a 46-year-old man.