Nunez told Radio Formula that if their money came from legal means they would be forgiven if they pay their taxes, bring their money back to Mexico and invest in a business in Mexico for at least three years. He also said the tax authority had already been investigating 18 of the 33 before Sunday's media reports based on leaked documents.

Governments around the globe have started to investigate possible financial wrongdoing after 11.5 million documents from the Panamanian law firm Mossack Fonseca, nicknamed the "Panama Papers," were leaked to a German newspaper and reports were published in cooperation with the US-based International Consortium of Investigative Journalists (ICIJ). 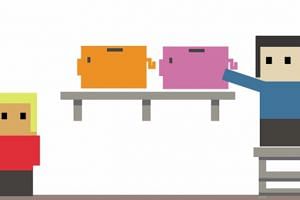 Mossack Fonseca's co-founder Ramon Fonseca said on Tuesday that it was an external data hack and filed a complaint with the state prosecutor's office. He said the firm had not broken any laws and all its operations were legal.

Mexico's Nunez would not reveal names of those under investigation in his country.

ICIJ mentioned prominent Mexican businessman Juan Armando Hinojosa in its investigation, saying on its website that in 2015, Hinojosa channeled around US$100 million into foreign trusts with the assistance of Mossack Fonseca.

Reuters could not immediately reach Hinojosa for comment. ICIJ said he did not respond to its requests for comment.

Mexican journalists revealed in 2014 that Hinojosa's company, Grupo Higa, was the owner of a multi-million dollar house that belonged to Mexico's first lady Angelica Rivera. The company's subsidiary was also part of a consortium that won a US$3.75 billion rail contract, which was later cancelled.

President Enrique Pena Nieto was cleared of wrongdoing by a government ethics probe led by a close aide he appointed.