PARIS (AFP) - Hurricane Irma has caused more than US$10 billion (S$13 billion) in damage across the Caribbean so far, making it the costliest storm ever to hit the region's island nations and territories, disaster risk experts said on Friday (Sept 8).

Compiled by the Centre for Disaster Management and Risk Reduction Technology (CEDIM) in Germany, the estimate covers a dozen island nations and territories hit by Friday, along with projections for the Turks and Caicos, which are on the hurricane's path.

"This will likely be a US$10 billion loss across the Caribbean - a huge loss," said James Daniell, senior risk engineer at CEDIM, and head of its Forensic Disaster Analysis Group.

The Caribbean tally is sure to rise as the super-storm hits the Bahamas on its way towards Florida, but already surpasses the costs - excluding the United States and Mexico - inflicted by Hurricanes Ike in 2008 and Hugo in 1989 (9.4 billion each, in 2017 dollars), Daniell said. 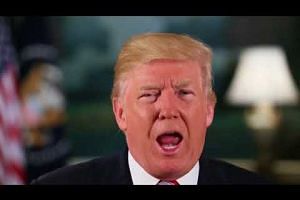 Irma lashes Bahamas and Cuba on a path towards Florida

The US territory Puerto Rico was not hit head-on by the storm, but is projected to sustain US$790 million in damage, the CEDIM reported.

The US$10 billion bill also excludes the more densely populated Dominican Republic and Haiti, which followed later on destructive path, and for which the tally is likely to be high.

The total bill for loss and damage could hit US$120 billion once the United States is included, according to data modelling firm Enki Research.

Irma is projected to hit Florida late on Saturday.