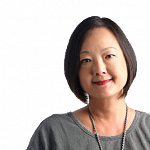 CHAPEL HILL, North Carolina - A local man charged with the murders of three Muslim university students had clashed with the victims, who were his neighbours, said the brother of one of the three slain.

Craig Stephen Hicks, 46, had confronted Mr Deah Barakat, 23, about parking space in the apartment complex where they lived.

Relatives of the three believe that they were targets because of their faith. They were known to be Muslims and Mr Barakat, a dental student at the University of North Carolina, was raising funds for a humanitarian trip to help Syrian refugees.

In a press conference by the families on Wednesday, his sister, Ms Suzanne Barakat, implored authorities to investigate the shootings as a hate crime.

"We're still in a state of shock and will never be able to make sense of this horrendous tragedy," she said.

Police have suggested the motive for the shootings was not sparked by religious hatred but was related to a longstanding quarrel over parking, a view also put forward by Hicks' wife.

Ms Karen Hicks told reporters Wednesday she did not believe the killings were religiously motivated.

"We were married for seven years and that is one thing that I do know about him," she said, tearfully.

Mr Barakat's brother, Farris, told news media that Hicks had shouted at him once that he was parking in the wrong space. Hicks had also visited the victims' home with his gun on his belt, he said, and his sister-in-law was afraid of him.

She was not the only one, according to another neighbour, student Samantha Maness, who said she suspected Hicks when she heard the news about the shootings.

"As a neighbourhood, we've had a lot of problems with him," Ms Maness told local news media. "He is angry. He's always pretty angry about something, and he likes to complain about parking in this lot - even though he has two spaces for his house."