In the ruling against Netflix, the state court judge said: "The right to freedom of expression... is not absolute."

The show, which started playing on Netflix last month as a Christmas special, has caused an uproar among Brazil's conservative Christians.

About two million people have petitioned Netflix to remove the show from its online streaming service.

Asked for a response, Netflix said it had no comment on the ruling, which the judge issued on Tuesday.

The injunction ordering Netflix to take the show off its online platform was issued by judge Benedicto Abicair after a religious organisation Associacao Centro Dom Bosco de Fe e Cultura filed a lawsuit against the show's creators Porta dos Fundos.

The injunction had been denied by a lower court but Judge Abicair, who handles appeals, wrote that the ruling was needed to protect against abuses of the freedom of expression.

"I understand, yes, that there must be reflection so that excesses do not occur, avoiding nefarious consequences for many, due to eventual foolishness by a few," he wrote.

"Exhibiting the 'artistic production'... may cause graver and more irreparable damage than its suspension."

The Order of Attorneys of Brazil, the Brazilian Bar Association, criticised the decision as censorship. 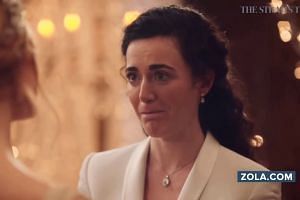 "Any form of censorship or threat to this hard-won freedom means a setback, and cannot be accepted by society," Mr Felipe Santa Cruz, the Order's president, said in a statement.

The injunction is valid until the merits of the lawsuit are determined.

Brazil is home to the world's largest Catholic population as well as a growing evangelical Christian community supportive of the right-wing government of President Jair Bolsonaro.

Mr Bolsonaro once said he would rather have a dead son than a gay son.

His son, Eduardo Bolsonaro, has called the Porta dos Fundos' show "garbage" on his Twitter account, saying the filmmakers "do not represent Brazilian society". On Dec 24, a group attacked Porta dos Fundos' headquarters in Rio with fire bombs.

One man suspected of having been part of the attack has fled to Russia, and the Brazilian authorities have issued a request for the international police organisation Interpol to help apprehend him.