Here is a recap, after French police on Saturday (May 16) arrested Felicien Kabuga, one of the last key suspects in the genocide.

On April 6, 1994, Rwanda's president, Juvenal Habyarimana, is killed when his aircraft is shot down over Kigali.

From the Hutu majority, he is returning from peace talks in Tanzania with Tutsi rebels of the Rwandan Patriotic Front (RPF).

It is not clear who carried out the attack but the killing unleashes a killing spree by Hutu forces and militia.

On April 7, soldiers of the elite presidential guard kill the moderate Hutu prime minister, Agathe Uwilingiyimana, as well as 10 Belgian paratroopers guarding her.

Men, women and children are killed in the streets, in their homes and even in churches and schools where they seek refuge.

From April 9 French and Belgian paratroopers arrive to evacuate their nationals.

A UN peacekeeping operation, unable to stop the massacres, is on April 21 reduced from around 2,300 to 270 men.

A week later Doctors Without Borders (MSF) says a "genocide" is under way. 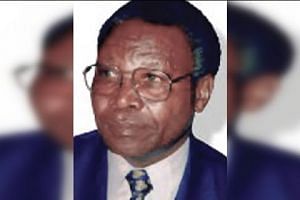 On June 22, France deploys Operation Turquoise, a UN-mandated force tasked with halting the killing. It has little effect.

On June 30, the UN Human Rights Commission special rapporteur says the slaughter legally qualifies as "genocide" and appears to have been planned.

On July 4, the mainly Tutsi RPF soldiers finally seize the capital Kigali and the killing ends. The United Nations will later estimate that 800,000 people lost their lives.

In November 1994, the UN sets up the International Criminal Tribunal for Rwanda in neighbouring Tanzania to try the main perpetrators.

In 1998, it becomes the first international court to hand down a conviction for genocide, finding a former town mayor guilty of inciting the massacre of more than 2,000 Tutsis.

Rwanda genocide perpetrator sentenced to life in prison in Sweden

The court issues dozens of rulings before closing in 2015. Its work is taken over by the Mechanism for International Criminal Tribunals (MICT), with offices in The Hague and Tanzania.

Local community courts in Rwanda also find thousands of people guilty and convictions are made internationally too, including in Belgium, a former colonial power.