All the taps in South Africa's drought-stricken Cape Town looked set to be turned off in April, but the city's residents hunkered down and cut water usage so drastically that the day of reckoning was pushed back. The Sunday Times looks at what other countries fighting the effects of climate change can learn from it.

A city that was supposed to run dry earlier this year has pushed back its day of reckoning - by fighting for every drop of water.

The moment we landed in Cape Town in June, photojournalist Lim Yaohui and I were bombarded with reminders that South Africa's second-most populous city was drought-stricken, that its life was on the line, and that we should not waste a single drop.

Signs and banners were pasted around the airport, but the most telling sign of the crisis was in the restrooms.

No water ran from the taps.

Instead, travellers were asked to "be wise - hand sanitise". Sanitising gel was dispensed from the containers that usually held hand soap.

We soon found that the entire city pulsed with the same fervour and discipline.

People had to live on 50 litres of water or less a day, around a third of what each person in Singapore uses a day.

Officials conducted blitz inspections to ensure everyone was complying with water restrictions.

In restaurants and universities, people were asked not to flush the toilets. "If it's yellow, let it mellow" was a common refrain there.

Extreme circumstances called for an extreme response, and the measures seemed to have worked.

"Day Zero", when all taps in the city would be turned off, was initially planned for April this year but has since been pushed back.

Singapore, too, grapples with water scarcity, but the last drought-driven water-rationing exercises here were over 50 years ago.

In 2014, the Republic suffered its longest dry spell, which dragged on for almost a month from Jan 13 to Feb 8. Even now, it stresses the need to save water.

For the residents of Cape Town, such exhortations are not mere slogans. They have lived with the prospect that taps could be turned off with no guarantees on when water might start flowing again.

They have gone close to Day Zero and pulled back.

Cape Town resident Gakeemah Edries, 39, said: "I was so scared. I have quite a big family and the amount of water we need for cooking and washing can add up."

The dire measures pushed back the prospect of waterless days, and rain has since brought some relief to Cape Town's parched landscape.

But, as the city has learnt, climate change is here and now, with changing weather patterns affecting the availability of water or "liquid gold", as residents like Mrs Edries are calling the resource.

Their experience is a stark reminder for other cities: With climate change, never assume that the rains will always come.

ON THE BRINK OF A WATER CRISIS

It was just after lunchtime on a weekday in June when we arrived at Newlands Spring, but there was still a line of people waiting to fill their containers with the clear, cool spring water flowing into the city from Table Mountain - the picturesque bluff framing Cape Town.

It took about 30 minutes for those in the queue to get their turn at the tap, but they said the wait was worth it. The spring water could pad up the ration of water available to them.

People were scrambling to the shops to get five-litre containers of water, buying in bulk and storing it at their houses for days when there was possibly going to be no water. It was scary, because water is the most vital thing we need to survive.

CAPE TOWN RESIDENT BRONWYN KERSWILL, on the panic as Day Zero - when taps in the city would be turned off - neared.

The water restrictions in June meant that each Cape Town resident could use just 50 litres of water a day from taps at home.

Restrictions have eased since then, with residents' water use capped at 70 litres a day since the start of this month.

Cape Town resident and medical sales representative Bronwyn Kerswill, 31, said: "All our drinking water comes from Newlands Spring... We don't use any municipal water for drinking at all."

At the spring, there was no limit on how much water a person could collect, although each could collect only up to 25 litres a turn.

The spring is not usually considered to be a main source of water for Cape Town. Instead, the city relies almost entirely on surface water collected at its reservoirs to supply water to its four million people, said Mr Ian Neilson, executive deputy mayor of Cape Town.

But with climate change, the spring has provided some relief.

Mr Neilson told The Sunday Times: "We have now had three years of drought, very severe drought, with rainfall in 2017 being the worst in 100 years - only 30 per cent of our normal rainfall."

He added: "Our system was not designed to provide us with adequate water in these conditions of three continuous years of very, very severe drought." 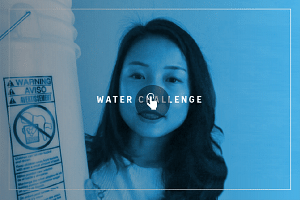 In Pictures: The water crisis in Cape Town

The spectre of Day Zero loomed in April this year. It was decided that when water levels at the city's dams fell to 13.5 per cent, people would have to queue for water at distribution points across the city.

Said Mrs Kerswill: "We thought there was going to be chaos. People were scrambling to the shops to get five-litre containers of water, buying in bulk and storing it at their houses for days when there was possibly going to be no water.

"It was scary, because water is the most vital thing we need to survive."

The shock forced people to change their ways.

Mrs Kerswill cut her water use to just 20 litres a day by, for example, taking 90-second showers and using grey water from showers and the washing machine to flush the toilet.

While the rains might have helped fill reservoirs to 76 per cent levels as of Oct 17, Cape Town has not dodged the bullet yet, Dr Winter said.

He added: "Our reservoirs will always be vulnerable to increasing frequency of drought due to climate change.

"We need to reduce our water use and maintain a sustainable level of demand because there is unlikely to be sufficient water in the short term from new water resource projects that are currently only in their pilot stage."

The changing weather patterns mean that cities like Cape Town will continue to live on the edge.

When humans release greenhouse gases into the atmosphere by burning fossil fuels, for example, the excess heat that gets trapped influences weather patterns.

Dr Xie Shang-Ping, a climate modeller from the San Diego-based Scripps Institution of Oceanography, said climate projections outlined in the Fifth Assessment Report from the Intergovernmental Panel on Climate Change had shown that South Africa could see up to a 12 per cent decrease in rainfall by 2100.

Cape Town is now looking into weather-proofing its sources of water.

Said Mr Neilson: "We are going to have to ensure we diversify our water supply, and that's going to have to include other sources, such as desalination of seawater, groundwater (extraction) and also much greater reuse of water."

This is also a strategy adopted by Singapore, which counts desalination and water reuse among its national taps. By 2060, these two taps will meet up to 85 per cent of Singapore's future water demand.

In Cape Town, three temporary desalination plants have been built.

Over the longer term, Mr Neilson said Cape Town is aiming to get at least 50 per cent of its water from sources other than its reservoirs, including from desalination, groundwater extraction and water reuse.

But there are other pressing demands on the city's purse, including housing for the poor and issues of safety, so the expansion of water resources has to be paced out.

But others can learn from Cape Town's experience, Mr Neilson said.

"We have long talked about climate change in the city and its effects, but what we never anticipated was just how suddenly, and how deeply, we would get a drought.

"That was one of the key lessons that anyone can learn - that climate change is acting much faster than we thought it was going to be."

He added: "Its experience communicates a point that I've been making for some time now - a point which was also highlighted by the unprecedented extreme summer of heatwaves and wildfires in the United States this year.

"And we'll see far worse if we don't act dramatically now to reduce our dependence on fossil fuels for energy." 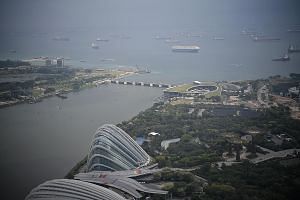 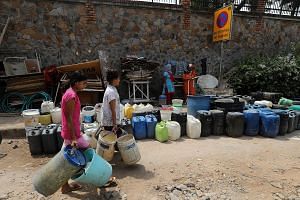 Climate of change: Pumping up efforts to avert water shortage in India 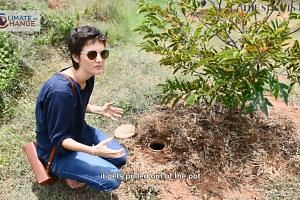 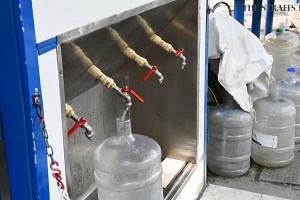 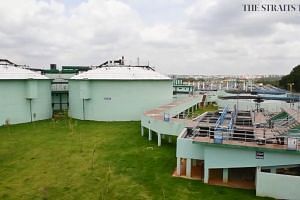 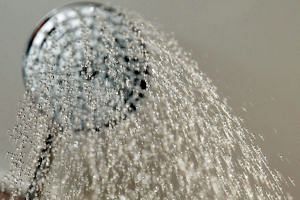