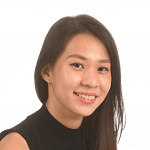 SINGAPORE - Catch up with the hottest topics on The Straits Times' new weekday talk show.

The Big Story, broadcast every weekday at 5.30pm on Facebook and YouTube, will have reporters and senior editors discussing the top stories of the day, in the heart of the newsroom.

On Wednesday's (May 22) episode, assistant business editor Poon Chian Hui will discuss what Singapore's slow economic growth mean, and what Singaporeans can do to prepare themselves for the challenges ahead.

Journalist Lim Min Zhang will share what to expect at National Day Parade 2019, and how you can get your hands on tickets to watch the parade.

Film correspondent John Lui will talk about how Game of Thrones changed the way we consume television series, and how the series paved the way for more artistic productions.

The Big Story debuted on May 6.

Topics covered in the first few episodes included the impact of Google's Huawei ban on users, Singapore Red Cross data leak and how to practise good cyber hygiene, the impact of US-China's trade war on Singapore, WhatsApp's security flaw, Pakatan Harapan's report card, points made by several MPs on the issue of protection against sexual misconduct on campus, and the Committee of Inquiry's findings into the death of actor Aloysius Pang.