SPH Brightcove Video
If your DNA could be used to clone a dinosaur, what kind of dinosaur would that be? Catch the last episode of Platoon Thumbs Up to find out.
Updated
Published
More
Whatsapp Linkedin FB Messenger Telegram Twitter Reddit WeChat Pinterest Print Purchase Article Copy permalinkCopy to clipboard

Professor has a new invention which can make use of the human DNA to clone a dinosaur. If he were to use your DNA, what would your tailored dinosaur be?

Yang Cong passed Professor one strand of his hair and waited for three days before his "Onionsaur" egg hatched. To his surprise, his dinosaur is a Microraptor that lived almost 1.2 billion years ago. It's the smallest of all recorded dinosaurs. Their fossils suggest that they have feathers like birds.

These special "DNA" dinosaurs have special abilities, can you tell what they are? Catch the last episode of Platoon Thumbs Up to learn more. 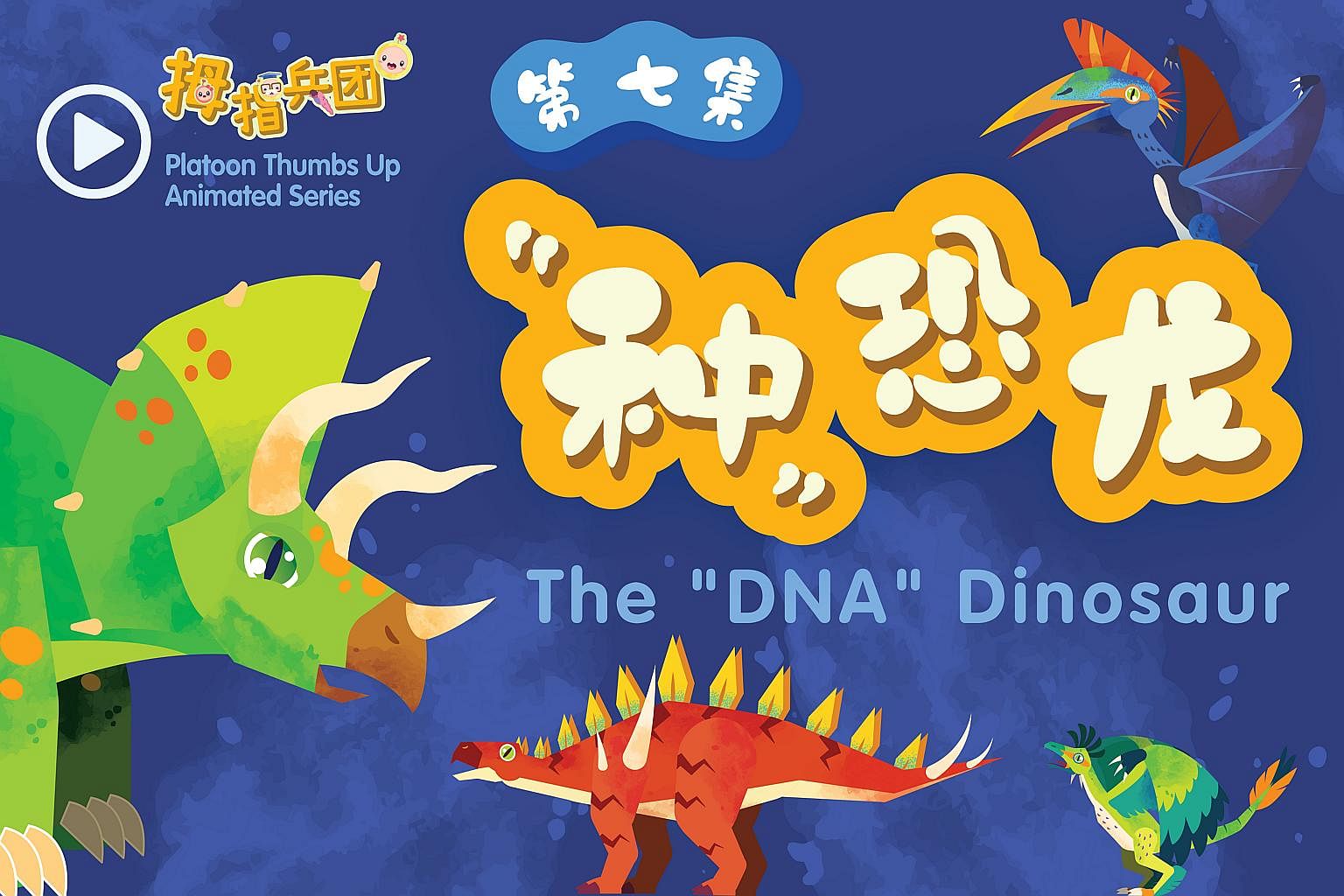 "Platoon Thumbs Up"（拇指兵团）is a 7-episode bilingual animation series produced by Singapore Press Holdings (SPH) Chinese Student Publications, as part of the third season of SPH's Public Service Broadcast content. A spin off from the popular Thumbs Up comic strips, the viewers will learn about the natural world through the escapades of Thumbs Up and his group of friends in each episode.

"Platoon Thumbs Up" is also available on the student learning portal zbschools.sg and zaobao.sg website. Chinese and English subtitles are provided for all episodes.