SINGAPORE - Raffles Infrastructure Holdings, formerly known as China Fibretech, has resumed trading on the Singapore Exchange (SGX) as at 1pm on Friday (Sept 28), stating that the group will be able to operate as a going concern and has sufficient working capital for the next 12 months from Sept 28.

The Fujian province-based dye maker was listed on SGX's mainboard in June 2008. By the time trading in its shares was suspended on Nov 30, 2015, as much as 90 per cent of its market value had been wiped out.

In May this year, China Fibretech roped in six new shareholders, including a unit under Beijing State-Owned Assets Supervision and Administration Commission. The new shareholders agreed to fund a special audit and inject fresh funds to rejuvenate the S-chip. The company undertook a placement of over 50 million new shares at 60 Singapore cents apiece, raising S$29.9 million in net proceeds. An earlier one to two share split resulted in a post share split price of 51 Singapore cents a share.

In the exchange filing on Friday, Raffles Infrastructure said that $22 million of net proceeds from the share placement will be used in invested projects and the remaining $7.9 million for working capital.

"As such, the board is of the opinion that the group will be able to operate as a going concern, and has sufficient working capital for the next 12 months from the date of trading resumption," the company said.

It added that the group will be able to "safeguard its assets and mitigate inherent and operational risk", with new procedures in line. 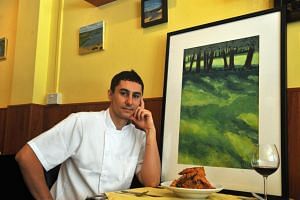 "The audit committee will be interviewing a few audit firms with relevant experience in designing and implementing effective internal controls addressing financial, operational and compliance risks for listed companies," Raffles Infrastructure said in the filing.

The board is now searching for a qualified chief financial officer, who will be appointed within the next six months, the company said.

In May, China Fibretech said it would invest 100 million yuan (S$20 million) for a 90.91 per cent stake in Bo Dao Road Construction Co which is undertaking a Xingwen county rural road construction project.