WASHINGTON (REUTERS) - Facebook on Tuesday (April 5) announced it had bolstered the default encryption settings for the more than one billion users of its popular WhatsApp messaging service so that all messages will now be accessible only to the sender and recipient.

The update arrives amid a heightened international debate over how much access law enforcement should have to digital communications and follows a high-profile showdown between Apple and the FBI over an encrypted iPhone linked to one of the San Bernardino shooters.

WhatsApp began working on developing full end-to-end encryption on its messages about two years ago with the help of software provided by Open Whisper Systems, a security non-profit.

The communications app began offering it by default on text-only messages between two users in 2014, but group messages and those containing rich media such as photos and videos were not fully encrypted.

As of Tuesday, the entirety of WhatsApp messages will be supported by end-to-end encryption, the company said, meaning the company will not have any capability to read customers' messages even if approached by law enforcement. 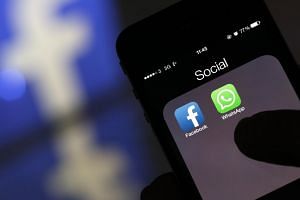 WhatsApp is 'next target in US govt fight for data access'

"The idea is simple: when you send a message, the only person who can read it is the person or group chat that you send that message to. No one can see inside that message," WhatsApp said in a blog post announcing the update.

"Not cybercriminals. Not hackers. Not oppressive regimes. Not even us."

Facebook's decision to increase security of its messages occurs on the heels of the FBI's high-profile attempt to force Apple to unlock an encrypted iPhone belonging to a Syed Farouk, who along with his wife opened fire at a holiday party in San Bernardino, California, in December, killing 14 and wounding 22.

The Justice Department declined to comment on the WhatsApp update. The FBI did not respond to a request for comment.