The new Galaxy S9 and S9+ smartphones, which run on Google's Android operating system, will be available in Singapore on March 16 from telcos M1, Singtel and StarHub.

They follow the same bezel-less design of the S8 line. The S9 looks similar to the S8, with a similar 5.8-inch display and a single rear camera.

However, the larger S9+, with a 6.2-inch screen, takes after the design of last year's Galaxy Note8, with two rear cameras - a first in the S-series.

Analysts said the S9 smartphones seem to be upgrades to the S8 line rather than the design breakthrough that the S8 enjoyed, as Samsung improved the phones' cameras, speakers and software.

Samsung announced the S9 line at its own Unpacked event in Barcelona on Sunday, just ahead of the annual Mobile World Congress (MWC) starting on Monday (Feb 26), where phone manufacturers traditionally unveil their latest products for the year ahead.

But Mr Husson pointed that Samsung has a "great marketing window" with the early S9 launch, as its main competitors in the premium Android market, such as LG and Huawei, are not expected to launch any new flagships at MWC. 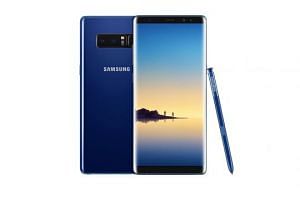 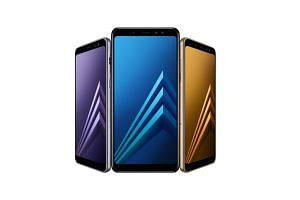 Said Mr D.J. Koh, Samsung Electronics' president and head of IT and mobile communications division: "With the Galaxy S9 and S9+, we have re-imagined the smartphone camera."

S9 users can use the phone to create custom animated emojis that they can send through messaging apps - an addition that seems inspired by Apple's animojis released on last year's iPhone X.

Pre-orders for the S9 and S9+ in Singapore can be made with the three local telcos, on Samsung's Singapore online store and local Samsung Experience Stores from Thursday, 12pm (March 1).

The S9 line will also feature enhancements to Samsung's own voice-activated software assistant, Bixby, which made its debut on the S8.

The artificial intelligence software will now be able to perform live translations, much like Google Translate in 2015. Users can point their cameras at signs or menus with words in a foreign language, for example, and translate those into another language in real-time.

The S9 series is also capable of a new food recognition feature through Bixby. Users can get nutritional values and calorie counts of food by aiming their cameras at the dishes.

But Mr Husson remains sceptical of Bixby being a key feature that will draw users to the S9 phones, despite such new features.

"According to brands we have asked for, interest to use Bixby in the next 12 months is niche," he said, compared to other digital assistants such as Amazon's Alexa or for Google's Assistant.