Unlimited mobile data plans are back after a five-year absence. And, with current mobile broadband speeds fast enough to serve up high-quality videos, it could mean that some people might be able to replace their home broadband plans with mobile ones.

Mr Christopher Tan sees the lure of relying solely on such unlimited mobile data plans, which were introduced about two weeks ago by M1 and StarHub.

"If you are living on your own, it may be simpler to just pay for the unlimited data than to have both a mobile subscription and a home broadband plan," said the 34-year- old executive.

M1's new mySIM3 98 offers unlimited mobile data with a one-year contract at $98 per month. StarHub, meanwhile, revamped its postpaid mobile plans (ranging from $48 to $238 per month) to include unlimited data access on Saturdays and Sundays.

Home fibre broadband plans here start from $29 per month for a 500Mbps connection.

Besides the convenience of having just one data plan, those with lighter Internet usage might also find it more feasible to ditch their home broadband plans.

"It will be feasible for light users if it is just basic surfing and streaming of YouTube videos," said IDC research manager Tay Xiaohan.

If you are living on your own, it may be simpler to just pay for the unlimited data than to have both a mobile... and a home broadband plan.

MR CHRISTOPHER TAN, who sees the lure of relying solely on such mobile data plans.

It will be feasible for light users if it's just basic surfing and streaming of Youtube videos.

However, she pointed out that it would not make sense for heavy Internet users because of the speed limiters typically imposed by telcos after a certain usage threshold.

In addition, users may need to get a 4G mobile router, as well as a multi-SIM plan to effectively share their mobile connection with household members.

Gartner research director Mr Manjunath Bhat, too, feels that an unlimited mobile plan may suffice for some users.

"Unlimited mobile plans have the potential to replace a home broadband plan much like the cellphones themselves replaced the landlines in most homes. This will happen over time, mostly among senior people," he said.

Local mobile broadband speeds are fast enough for streaming high-quality videos. According to a report last month by the US-based Ookla's Net Index, Singapore is ranked fourth in the world with an average 3G and 4G surfing speed of 45.99Mbps.

This, however, is still slower than local fixed broadband speeds, which averaged 154.38Mbps.

Nevertheless, this is plenty for streaming Netflix at its best Ultra HD quality, which requires a steady Internet connection speed of 25Mbps.

But before you start cancelling your home broadband subscription, you should know that these unlimited plans come with caveats.

Typically, once a user's local data usage exceeds a certain threshold, the telcos will cap the speed of the 4G mobile connection.

In StarHub's case, it is 10GB of local data per day (Saturdays and Sundays) before the Internet speed is capped at 1Mbps. The full 4G speed is subsequently restored the following day.

M1 says it currently does not implement any data caps for its unlimited mobile plan but, according to its traffic management policy, customers with excessive data usage impacting the efficient management of its network resources may have their speeds capped at 512Kbps. 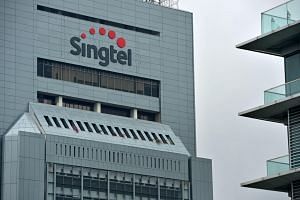 Hit these limits, and the mobile data speed drops to 512Kbps (M1) and 1Mbps (StarHub).

These fall short of the recommended 1.5Mbps for streaming Netflix at standard definition, but are still sufficient for YouTube videos (over 500Kbps).

Streaming music and using social media such as Facebook and Instagram are also viable at these speeds. Even Skype requires only 400Kbps for high-quality video calls.

In short, these unlimited mobile plans will still suffice for light Internet usage, even when their speeds are throttled.

A version of this article appeared in the print edition of The Straits Times on September 13, 2017, with the headline 'It's back but can it replace home Internet?'. Subscribe
Topics:
More
Whatsapp Linkedin FB Messenger Telegram Reddit WeChat Pinterest Print Purchase Article Copy permalink