LG's V30+ premium flagship is finally hitting local shores in December, a month after the phone - which also has a variant called V30 - was launched worldwide.

Local buyers get the model with 128GB of onboard storage, instead of 64GB with the V30.

The V30+ outclasses LG's earlier flagship, the G6, in many ways. It has an edge-to-edge Oled display, rather than an LCD one, with a thinner bezel and an upgraded processor chip. It also doesn't skimp on features that a flagship should have - expandable storage, headphone jack and wireless charging.

The V30+ is the whole package and shows how premium phones don't have to cut back on features.

The six-inch screen is a joy to look at, with nice, vibrant colours and even brightness levels. Its colour temperature leans on the warmer side by default, but can be adjusted.

The V30+ sticks with an 18:9 screen aspect ratio, but opts for a wider body as opposed to a longer one like on the Samsung Note8. This gives the V30+ a great handling feel, with a nice and snug grip despite its glass back.

The power button, which doubles as a fingerprint sensor, is at the sweet spot on the phone's back just above the middle of the phone, and has a nice tactile clickiness to it.

The always-on display which gives the time and notifications at a glance is useful, as is the new "mini-view" which replaces the secondary screen found on the V20. 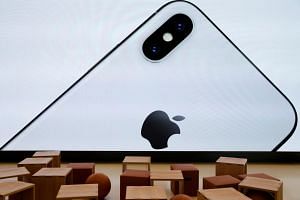 Top-of-the-line smartphone models: Are they worth the money?

It provides a convenient shortcut on the unlock screen for setting your phone to silent mode or turning on Wi-Fi and Bluetooth without needing to unlock the phone.

As with LG's tradition, the two rear cameras on the V30+ follow a wide-angle and standard-angle lens set-up, as opposed to one with a telephoto lens. This lets the V30+ take great landscape shots that really sparkle and excel in natural light, with good dynamic range and colour reproduction.

However, camera performance takes a slight hit in low-light performance, despite the relatively large f/1.6 aperture of the V30+'s lens. Details tend to be fuzzed over and lost, which becomes readily apparent when you zoom into the picture.

Despite its slightly weaker photo-taking abilities, the V30+ takes really good videos. The new Cine Video mode comes with cheesy filters to set a variety of cinematic moods, but the video stabilisation and point zoom features make it easy to shoot good videos.

My favourite feature of any LG phone, the hi-fi quad digital-to-audio converter, returns on the V30+, and works as brilliantly as before. It lets me drive high-end headphones like the Sennheiser HD650 on my phones, which works well for me as I use music streaming services.

Unfortunately, the V30+ doesn't ship with the latest Android 8.0. Users will have to contend with the slightly older Android 7.1.2 version, until LG pushes out an update.

I'm also not a fan of LG's take on the user interface, with its large, garish icons in shades of pastel colours.

• Verdict: The V30+ is a great all-round phone, with a striking display, good camera for most shooting circumstances and a nice, comfortable body. It's also chock-full of features which is befitting of the V30+'s premium stature.