The survey by Gartner showed that in the third quarter, three Chinese vendors - Huawei, Oppo and BBK Communication Equipment - together accounted for 21 per cent of the smartphones sold worldwide, and were the only vendors in the top five to increase sales.

"Sales of smartphones in China grew by 12.4 per cent, and the vendors who most successfully exploited the sales opportunities there were Oppo and BBK," said Gartner analyst Anshul Gupta. 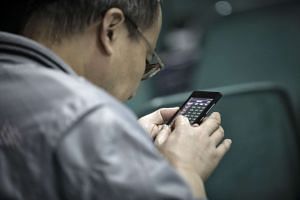 "In Oppo's case, 81 per cent of its smartphone sales came from China, while BBK accounted for 89 per cent of smartphones sales in China. These two vendors also grew strongly in India, Indonesia, Malaysia, Thailand and Russia."

Gartner's survey confirmed other reports showing Samsung and Apple at the top of the global market but with slipping sales.

The research firm said Samsung's market share dropped to 19.2 per cent amid the fiasco over its Galaxy Note 7 smartphones, which were recalled and then halted after overheating batteries leading to fires.

"The decision to withdraw the Galaxy Note 7 was correct, but the damage to Samsung's brand will make it harder for the company to increase its smartphone sales in the short term," said Gupta.

"For Samsung, it's crucial that the Galaxy S8 launches successfully, so that partners and customers regain trust in its brand."

Apple's share dropped to 11.5 per cent as the iPhone maker failed to get much benefit from Samsung's woes, Gartner said.

"The withdrawal of Samsung's Galaxy Note 7 may benefit sales of Apple's iPhone 7 Plus only slightly, as Note 7 users are likely to stay with Samsung or at least with Android," said Gartner's Roberta Cozza.

"To some extent, other Android vendors could capitalise on this situation in the short term - for example, Huawei and other Chinese brands present in the premium Android phone segment."