Cyber attacks on governments and institutions have become a weapon of choice - and Singapore has not been spared the threat, said the Cyber Security Agency (CSA) of Singapore.

"Attackers are not just targeting government systems; they are (also) looking for any network that is remotely related to the Government," said Mr David Koh, chief executive of CSA. "Attackers are... always looking for the weakest link to exploit."

The breaches were said to be advanced persistent threats (APTs) in which hackers gain unauthorised access to and lurk within computer networks undetected for a long period of time.

Newly elected French President Emmanuel Macron's campaign team was repeatedly hit by phishing e-mails to trick his staff into parting with their passwords. Confirming the attacks, Mr Macron had said no campaign data was compromised. The same hacking group, dubbed Pawn Storm, was also believed to be behind the attacks last year on the e-mail accounts of the US Democratic National Committee to undermine Mrs Hillary Clinton's presidential bid.

Trend Micro said that one in five US organisations has suffered a cyber espionage-related attack in the past year. 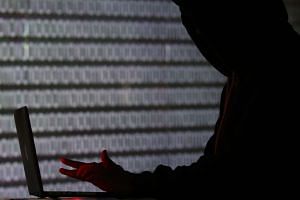 "State-sponsored attacks are highly sophisticated and capable of obfuscating their source," he said.

Money could also be a motive.

In the case of NUS and NTU, hackers may have also assumed that the universities' systems had links to government systems, Mr Cheang added.

Such threats demand a lot of sophistication, he added.

In a Facebook post yesterday, Communications and Information Minister Yaacob Ibrahim urged everyone to do their part to defend important data. For instance, individuals can practise good cyber hygiene.

"As we become more digitally connected, such threats will continue to increase in sophistication, and both public- and private-sector organisations are equally vulnerable," he said.