Technological advances have changed the game for many businesses, forcing some to close and others to relook their plans. In the fourth and last part of a weekly series, The Straits Times looks at how home-grown firm XMI has tried to address the disruptions it faces.

It was a poster boy of innovation in 2007 when it created a new global market in portable speakers which is now valued at US$7 billion (S$9.8 billion) a year.

But XMI, the home-grown creator of the colourful X-mini capsule speakers, lost its bearings in recent years because of three factors: financial mismanagement, wireless technology disruption and lost margins due to e-commerce.

"We did not build our war chest during the good times and when disruption hit, we did not have the resources to recover," said Mr Ryan Lee, 40, the company's co-founder and chief executive.

After burning millions of dollars overpaying staff in Singapore and overspending on its factory in China, the company is now ready to re-emerge from the ashes.

Late last year, it raised an undisclosed sum of money from private investors - its first fund-raising exercise. The shot in the arm is helping XMI make a comeback with new product launches this year and a revamped business model to tap e-commerce.

Founded in 2006 with $30,000 from Mr Lee's older brother and co-founder Reuben, XMI was built on a product mantra that has not diminished over the years: Great sound in small forms.

At the time, mobile phones and laptops came with either earphones not meant for sharing or huge external speakers with anaemic sound.

The brothers saw a business opportunity, and despite discouragement from key distributors, launched their first X-mini speaker in Britain for US$48 in 2007.

The gadget opened up to show accordion-like pleats - said to mimic the sound of a subwoofer. When closed, it fitted snugly on the palm and in the pocket. The next year, its innovative pop-up design won XMI the much-coveted Red Dot Design Award in Germany.

The X-Mini went on to sell in other markets, including Australia and Singapore, and fetched sales of $800,000 within the first year of launch.

If imitation is the sincerest form of flattery, then XMI soon found itself up against an army of cheap imitation products. The culprits? Contract manufacturers in China.

Piracy infuriated Ryan to take the battle to the next level. In 2010, XMI started its own factory in Shenzhen, China, which had some 300 workers and another 30 employees in research and development and sales.

Revenues were averaging $30 million a year from 2011 to 2014 when its X-mini line of portable speakers was selling in more than 80 markets worldwide. But everything went south after that because of overspending.

"We were like kids in a candy store. We were making money so I thought we must share the love, right?" said Ryan, noting that he should have listened to his older brother and the firm's accountant.

For instance, XMI's China factory was fully air-conditioned and gave out free food to all workers. Its Singapore employees also had a lot of perks, which Ryan did not want to elaborate.

In 2015, the Shenzhen factory was closed to cut losses due to excessive inventory and an ageing product line - when rivals the likes of audio heavyweights JBL, Bose and Bang & Olufsen were dishing out newfangled Bluetooth portable speakers.

XMI had also rolled out Bluetooth speakers in 2014, but it was admittedly "slow" in moving away from cabled speakers, it said. Yearly revenues fell by half, even as rival products slowly ate into its profits.

After some downsizing, XMI now employs six electronics engineers in Shenzhen for R&D work. The Singapore office, which had more than 30 employees during its heyday, also shrank, with the remaining staff taking a pay cut. It now employs about 20 people here, including three design engineers.

Despite going through tough times, XMI found several "friends, family and fools" - whom Reuben described as critical to the company's survival over the years. Specifically, several employees had volunteered to cut their salaries by as much as 50 per cent to help XMI ride the storm.

Regional business development manager Jerry Lam, 36, who joined XMI in 2008, was one of them. He said: "I believe the company can make a comeback."

Head of product development Desmond Soo, 42, also had a pay cut. He said: "It is the least I can do to support the company that did not short-change me during the good times."

Describing Ryan as a visionary, Mr Soo said the culture at XMI is one that pushes the boundaries, and is something that he enjoys as an engineer. "The company is not afraid to try new ideas even though about 70 per cent of them eventually end up in the trash bin," said the employee of eight years.

Most of the ideas come from Ryan, an audiophile who likes unsynthesised music. He developed his taste for music while busking in Europe for six months at the age of 20. He was supposed to do some "soul-searching" in Britain on a one-year open ticket from his father, but ended up having his allowance terminated due to overspending.

"I could make €40 to €50 in three hours," said Ryan, likening his Beatles and American Pie street gigs to a monkey playing a trumpet. "Everyone was intrigued by a Chinese man singing English songs."

Who would have known that the "monkey" would one day create a market space for portable speakers.

Reuben, 43, was also key in providing the start-up capital initially and, more recently, in cost-cutting, fund-raising, and restaging XMI for a digital future.

Its new strategy hinges on recently inked deals with e-retailers such as Amazon and Lazada to sell its products to online buyers in the United States, Europe and Singapore at controlled prices to recapture lost margins. In the past, XMI had no direct relationship with the e-retailers. X-mini products sold on Amazon or Lazada were the result of XMI's bricks-and-mortar distributors "dumping" stock, it said, usually at rock-bottom prices, affecting sales on its own website.

The company is also exploring partnerships with makers of laptops, TVs, cars, massage chairs and robots to embed X-mini speakers in their products, marking its first foray into the business-to-business space.

New products, boasting a redesign, are also on the cards.

In January, it launched at CES Las Vegas, the world's largest consumer electronics show, a new range of speakers - from the Click 2, an ultra-portable speaker for the budget-conscious, to its largest home entertainment system thus far, dubbed the Infiniti - to woo consumers.

He said: "While the audio quality of the X-mini is comparable to those of big foreign brands, the X-mini wins on design and its price tag is friendlier to the wallet." 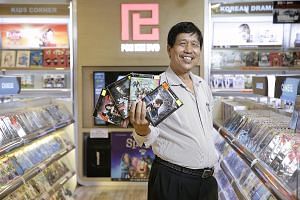 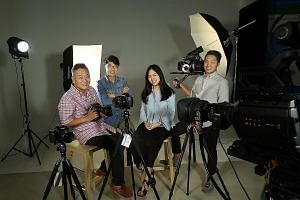 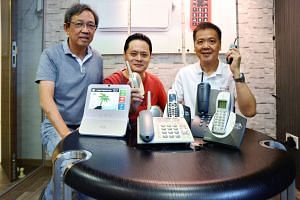 A version of this article appeared in the print edition of The Straits Times on May 09, 2017, with the headline 'Makers of X-mini speakers still pushing to the max'. Subscribe
Topics:
More
Whatsapp Linkedin FB Messenger Telegram Reddit WeChat Pinterest Print Purchase Article Copy permalink