Competitive video gaming - or eSports - is inching towards becoming a more viable career choice in Singapore.

Earlier this month, a local eSports outfit became the first to give its players full salaried contracts with Central Provident Fund (CPF) contributions and medical benefits.

The scene here has also been invigorated by local teams that have found success in a burgeoning eSports segment - mobile gaming.

The global eSports industry is forecast to reach US$1.1 billion (S$1.5 billion) by the end of this year, with Asia the biggest region and accounting for more than US$328 million in revenue, according to SuperData Research, which tracks the global gaming market.

And a slice of that global pie is what newcomer Chaos Theory wants to grab by setting up Singapore's first professional gaming team with full employment benefits.

It launched earlier this month with a six-man team for first-person shooter Overwatch, and an all-female League Of Legends team, also with six players.

Both games are major online titles with large followings.

Players are given employment contracts and salaries, which CPF contributions are pegged to and paid for by the team, along with medical benefits and sponsorship deals.

Chaos Theory has nine salaried employees, comprising players, team managers and coaches. While Mr Holt-Kentwell declined to give the specific salary range for players, citing market confidentiality, the salaries they receive are "above market rate", he said.

The team is funded by a group of Singapore and United States-based investors. Mr Holt-Kentwell is confident of breaking even within two years through sponsorship deals and prize pool money.

However, returns are not the top priority for investors, he said.

"Investors at this level aren't necessarily looking to get something back straightaway," he said. "They just want to get involved, understand the scene, how games rise and fall, and the things players go through. Funding a professional team lets them navigate the scene better."

The company is also looking to expand beyond the two games it has on roster, including mobile games such as Clash Royale and Realm Of Valor, along with upcoming multiplayer PC shooter PlayerUnknown's Battlegrounds.

Mobile games are making a big push into the competitive scene in the region, with games like Vainglory and Mobile Legends investing in their own tournaments and leagues that promote competition. 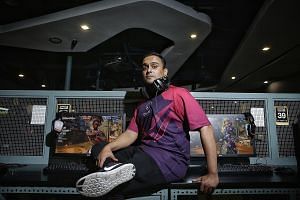 For former marine engineer, it's a dream come true 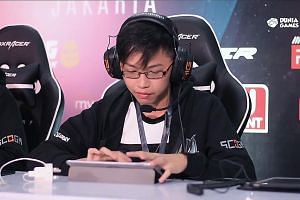 "Mobile eSports like Vainglory looks set to grow due to its accessibility. Singapore, in particular, is riding on this new trend,"said Mr Nicholas Khoo, chairman of the Singapore Cybersports and Online Gaming Association (Scoga).

Scoga, a non-profit organisation supported by the National Youth Council, started the first eSports academy here in April in partnership with streaming website Twitch, which holds eSports classes for gamers or game-related roles like livestreaming. Mr Khoo said that more than 500 people have signed up for lessons since the academy's launch.

Competitive Vainglory player Amos Ker, 17, who represented Singapore at the game's world championship last year, said the appeal of such games lies in their portability and ease of access.

"I think competitive mobile gaming is only going to grow - not everyone has a computer, but almost everyone has a mobile phone," said Amos, who has amassed almost $7,000 in winnings over about two years of playing the game.