WASHINGTON, D.C. (Washington Post) - The wild success of Fortnite - Epic Games' free-to-play battle royale game - has rattled the gaming industry, proving how a business model that does not require the purchase of a big-budget title can attract a massive audience and keep players coming back.

While industry analysts are unsure whether Fortnite and games like it will permanently boost the overall pool of gamers or merely siphon off players from other titles, its staggering achievement poses a challenge to incumbent, traditional game makers.

This week, one of the industry's biggest gaming companies, Activision Blizzard, announced it is laying off nearly 800 workers, as the company forecasts a drop of nearly 20 percent in revenue this year. Despite posting the best financial results in the company's history, Activision Blizzard said it failed to meet its "full potential." Executives cited weaker than expected demand and an inability to boost in-game purchases.

Activision Blizzard is grappling with multiple issues, and Fortnite has had an impact on them, said Scott Kessler, an analyst with CFRA.

"People only have so much time in the day and so much money to spend," he said. "One thing is obvious: Legacy gaming companies have had a hard time introducing games that have substantial and sustainable development."

In a statement to The Washington Post, Activision Blizzard, which makes Call Of Duty, Overwatch and Hearthstone, said it's boosting the number of developers working on key titles by 20 percent, returning to "the franchise focus that has fueled our long-term success."

While the rise of Fortnite, at least in the short term, has translated to less time and money spent by some gamers on other titles, the broader impact of the game rests in its business model, said Michael Pachter, an analyst at Wedbush. People are spending less time on popular games, such as Call Of Duty and Electronic Arts' Battlefield, reflecting Fortnite's immediate impact and market share cannibalisation, he said; but Fortnite has also attracted new gamers who are younger and more diverse, paving the way for future free-to-play titles that don't rely on the traditional US$60 retail purchase of a new game. 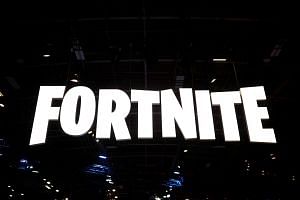 "Is the Fortnite business model a threat to Activision Blizzard and others? The answer is yes," Pachter said.

Similar to Fortnite, Apex Legends is a competitive shooter that's free to download. The game features characters that have special abilities and forces players closer together as time elapses during a match, escalating the chances of confrontation. One added twist is that, unlike Fortnite, characters can be resurrected after they are killed, allowing players to stay in the action throughout a match.

The game's developer, Respawn, is also banking on prominent video game streamers to elevate Apex Legends' popularity. In partnership with Twitch, the live-streaming platform with a massive gaming audience, Respawn has announced a tournament in Europe and North America, with prizes totaling US$200,000.

"They are copying them every step of the way, and it's brilliant," he said. "Emulation is the sincerest form of flattery." Epic Games and Electronic Arts did not respond to requests for comment about shifts in the gaming industry.

Timothy O'Shea, an analyst at Jefferies, said that the biggest gaming trend in 2019 will be the acceleration of the free-to-play model. "It becomes a lot harder if you're Activision to pony up and pay US$60 for Call Of Duty when other people are offering high-quality games for free," he said. "This is the final evolution of a 10-year trend transition away from these retail models selling a disc at GameStop."

While the free-to-play model might not work for every genre of video game, or for every game maker, publishers and developers who abstain may be at risk if the market tips further toward these big, free, multi-player titles, O'Shea said. "Make no mistake, the biggest games in the world will continue to be free."