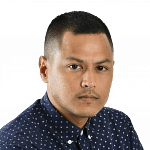 Destiny, released in 2014, is a hybrid game - a first-person shooter with light role-playing mechanics - that connects you with other players online in a shared post-apocalyptic, science fantasy universe. Think Halo meets World Of Warcraft.

But it is Destiny 2 that developer Bungie should have made three years ago. When I reviewed Destiny, I scored it 6/10. In hindsight and as a fan of Bungie's Halo games, my score had less to do with the game itself, and more to do with Bungie not conveying what the game was meant to be.

The reception to Destiny after its launch was mixed. While hardcore players like me stood by the game with its teething issues, player numbers slowly dipped. Interest was rejuvenated only a year later by the game's expansion, The Taken King.

With Destiny part of a much-hyped new intellectual property, Bungie might have bitten off more than it could chew then. Destiny's rumoured "10-year plan" seemed in doubt. So it is a strategic move to position Destiny 2 as a full sequel, and not just another expansion tagged onto an old title.

You play as a Guardian, a warrior brought back from death and imbued with extraordinary powers by a mysterious being known as The Traveller. There are three playable classes, each with its own traits. Titans are resilient, built like tanks and can take more damage. Hunters are quick, lethal and able to turn invisible. Warlocks can heal quicker than the rest, and so are able to get back into a fight first.

You can play solo, as a team of three players or in a group of six. You shoot and kill various hostile aliens to earn weapons and equipment that raise your character's power level, and become a more efficient killing machine.

This rinse-and-repeat "loot grinding" is at Destiny's heart. Destiny 2 begins with the last city of Earth being overrun by an organised alien force known as The Red Legion, which has stifled The Traveller's power and stripped you of your abilities.

Your character spends the next 10-12hr of gameplay - or more depending on optional quests and adventures - getting back its powers and uniting the Guardians' three leaders to take the city back.

When the story is done, Destiny 2's endgame content - the "raid" - is where players will be put to the true test. This is a cooperative mission that will test a team of six players in skill, communication and critical thinking. You will encounter rooms with escalating difficulty that throw a blend of enemies and puzzles at your team. Raids can take anywhere between 30min and 5hr to complete, depending on how efficient your team is.

This is where all that loot grinding comes into play, given that the recommended "power level" to access the raid is 270 and players begin the game at 10.

Like how the destruction of the Guardians' headquarters in the opening moments of the game wiped the slate, Destiny 2 is Bungie's chance to hit the reset button and rebuild with three years of player feedback in mind.

The good news is that in place of Destiny's much-maligned lack of story is a beefier campaign, along with returning fan-favourite characters and new ones.

Gone is the character levelling system from the first Destiny, which seemed to favour randomness over reward. In its place is a new loot system whereby the power level rises gradually with weekly "milestone" tasks and rewards.

Weapons and armour don't have random perks now. So, if you're killed by another player with the same gun as yours, you can chalk it up to skill and not your enemy's dumb luck for receiving a better gun.

The Crucible, Destiny's player-vs-player mode, has been streamlined into two playlists - Quickplay and Competitive. Quickplay forgoes skill-based matchmaking, so that two teams of four can get to the action quickly. Competitive mode takes a little longer to pair teams, making sure both teams are close to each other in skill and ensuring a level playing field.

These changes and the little quality-of-life improvements, like a map system, a fast-travel option between areas and cosmetic rewards with each level earned, are testament to the lessons learnt from the first game.

While the shooter genre, or "loot grinding", may not be for everyone, it is good fun. Like with most hobbies, the repetition can clear your head after a long day. Or allow you to let off some steam as you go head-to-head with other players around the world for bragging rights. Or foster great bonding among friends over a raid session.

Destiny 2 is more than the sum of its parts; it is a shared experience like no other. There's no wrong way to play the game, as long as you are having fun. In Bungie's defence, Destiny was always a difficult game to describe, let alone sell. But there's just no other game like it out there. Gamers left with a bad taste from Destiny's first outing should give the game another go.

• Verdict: Destiny 2 is not only the Destiny experience refined, but is also a great game without peer.

A version of this article appeared in the print edition of The Straits Times on September 27, 2017, with the headline Destiny 2: A game that's like no other. Subscribe