Traditional camera makers are fighting the challenge of smartphones with ever more capable cameras.

Following the flurry of 5G, foldable and multi-camera smartphone announcements at the Mobile World Congress event in Barcelona last month, participants at the annual CP+ Camera & Photo Imaging Show in Yokohama, Japan, last week said they would pull out all the stops to develop mirrorless cameras - the bright spark for traditional cameras with changeable lenses.

These photographic effects can be achieved by the latest mirrorless cameras, which are lighter and less bulky as they do not use reflex mirrors unlike traditional digital single lens reflex cameras.

"I believe these will be the drivers that will entice smartphone users to the interchangeable-lens cameras market," said Mr Mizoguchi.

In photography, bokeh is the aesthetic quality of the blur produced in the out-of-focus parts of an image.

Although the latest smartphone cameras can produce this effect, the colours are arguably richer on traditional cameras.

The camera industry has been declining for years due to smartphone cameras steadily getting better, which has resulted in consumers not seeing a need to buy dedicated cameras. 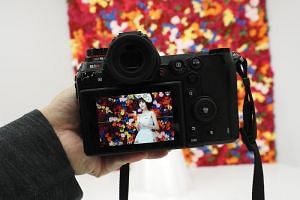 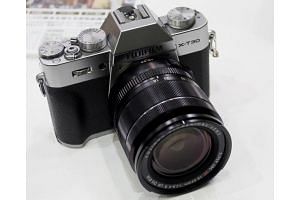 Competition is expected to stiffen.

Even so, analysts are convinced that there will still be a group of loyal fans for traditional cameras.

"Some Instagrammers and video bloggers will use interchangeable-lens cameras and edit on the PC before posting to stand out from the crowd," said Mr Loo Wee Teck, head of consumer electronics research at market research firm Euromonitor International.

"We are going back to where we were with film, when the people using (these) cameras are interested in photography as an art form," says Mr Lee.

Overall, there has been an increase in the global average selling price of digital cameras. 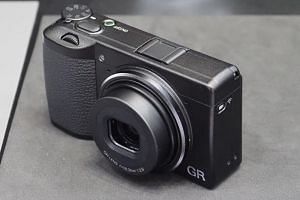 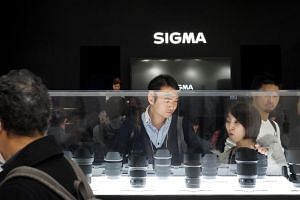 It is the continued decline of fixed-lens cameras that has pulled down the overall industry figures, said Mr Dehmel.

Sony was the first to launch its full-frame mirrorless camera, the a7, in 2013. Last year, Nikon launched the Z6/Z7 and Canon, the EOS R.

These mirrorless cameras use a full-frame image sensor that is bigger than the two other smaller but common formats - APS-C and Micro Four Thirds - and are thus able to deliver better image quality.

Next month, Panasonic will be launching its highly anticipated S1 and S1R full-frame mirrorless cameras.

Panasonic is part of the L-mount Alliance with Leica and Sigma, which allows the companies to create cameras and lenses for Leica's L-mount system for mirrorless cameras.

Lensmaker Sigma, too, will be launching its own L-mount full-frame mirrorless camera.