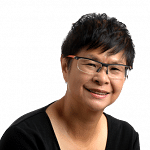 But while Netflix shows mostly Hollywood movies, television programmes and its own productions, iflix's video catalogue is quite different.

Founder Patrick Grove told The Sunday Times that only one-third of iflix's content is from Hollywood, with another third from Asian studios and the rest made up of domestic content produced in the countries where iflix operates.

He says: "iflix is not going up against Netflix whose customers are mostly in the US, Europe and other developed countries. These customers can afford to buy big television sets to watch videos.

"Our service is aimed at consumers in developing countries like Indonesia, Costa Rica and Kenya who cannot afford TV sets. But they're accessing video content on their smartphones. That's why iflix is a mobile-centric service."

The 42-year-old Australian founded iflix in 2014 through his investment company, The Catcha Group, which is based in Kuala Lumpur, Malaysia. The service first launched in Malaysia early last year.

While iflix is barely a year old, Mr Grove already has plans to list it in the US this year "because the capital market there understands technology stocks". He is bullish about iflix on several counts.

The potential customer base is huge because iflix is targeting countries with large populations. It has two million subscribers in Malaysia and the Philippines. The service will be launching this year in Costa Rica, Kenya, Myanmar, Pakistan and several other developing countries. These are countries with large populations where people use smartphones to surf the Internet, he says. With monthly subscription prices at between US$2 (S$2.90) and US$3, he believes the service will be more affordable for them.

Besides, he is also working with telcos in various countries to market iflix. Telekom Malaysia, for example, will offer iflix to one million of its broadband customers this year.

Explaining why iflix has inked contracts with 70 film studios which provide Hollywood and indigenous content, he says: "The majority of people in the developing countries do not speak English. So indigenous content is a key strategy to making our service more successful."

To fund content licensing, Mr Grove will be raising US$150 million. Funding is tough but the advantage, he says, is that investors understand the rising popularity of on-demand video streaming services like YouTube and are keen to get a slice of iflix.

He says that even American media company MGM's chief executive officer and chairman Gary Barber, who missed out on an opportunity to invest in Netflix some years ago, readily agreed to invest in iflix.

MGM's investment was strategic because it provided iflix legitimacy, and signing up other studios in the US and around the world became easier.

For the serial Internet entrepreneur, the hope is for iflix to join an impressive stable of online properties under The Catcha Group he started in 1999, an entity that is today worth over US$1 billion.

His most recent success was iProperty which was bought for A$750 million (S$740 million) by Australian property firm, The REA Group.

The iProperty acquisition boosted Mr Grove's personal wealth by several million dollars since he and his Catcha co-founder Luke Elliot own 55 per cent of the online property portal. Mr Grove declined to say how much he is worth but Australian magazine Business Review Weekly last year listed his personal wealth at A$286 million.

Things were not always so rosy for Mr Grove. Catcha was founded as an online news portal. Its IPO in Singapore had been approved in 2000, but the dot.com bubble burst and the listing was cancelled.

Catcha was in the red for US$2 million, its board resigned and the firm was on the brink of bankruptcy. He pleaded with investors for time to restructure the start-up and did so with the publication side of the business before hitting it big with online ventures.

Mr Grove spends most of his time travelling in Australia, Malaysia and Singapore, and to countries where he has investments. These days, he travels often to Africa where he wants to launch iflix.

He adds that developing markets are the future of Catcha. The iProperty acquisition also debunked the myth that Internet businesses cannot grow big in South-east Asia. He believes that South-east Asia, with a population of nearly 600 million, has the right conditions critical for digital ventures: a growing middle class which is both mobile and tech-savvy.

But Mr Grove's critics describe him as a copycat, duplicating Internet businesses in the US. But he says: "As entrepreneurs, we see where the business gaps are and we fill them. There's nothing like iflix for the developing world. So we're building one."

Through the Catcha Group, he has listed four digital ventures, and completed 30 investments and acquisitions since 2004. In 2013, he employed over 1,000 people. His experience spans the dot.com era of the 1990s to the boom in digital ventures now.

If there is a competition for the most successful Internet entrepreneur in South-east Asia, Mr Grove would be a strong candidate.

A version of this article appeared in the print edition of The Sunday Times on January 17, 2016, with the headline Asia's iflix targets mobile video fans. Subscribe